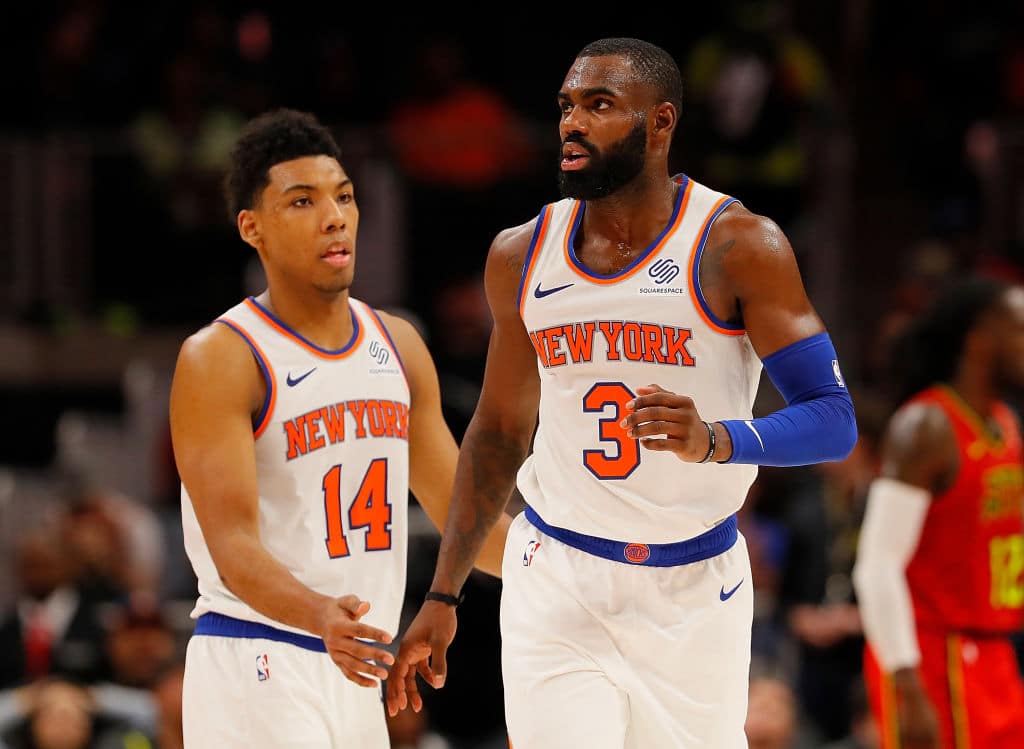 The New York Knicks’ season is now officially in its Dumpster Fire stage.

Rookie guard Allonzo Trier drew a rebuke from teammate Tim Hardaway Jr over his profane response to a fan complaining about a defensive breakdown that cost the Knicks a win Wednesday night.

Hardaway Jr says Trier shouldn’t have made his frustation public, however inadvertently.

"Who DMed? … Oh so he's blaming other people, basically?" pic.twitter.com/v6QftZ3Had

"When it gets taken to social media, that means you're breaking the rules of being a team" pic.twitter.com/YDF0FAD7UK

The rook apologized for his role in the incident.

“It was supposed to be a switch dumb ass you think i just let n—a walk up and shoot a 3 smh y’all ‘fans’ don’t think,” Trier wrote in a direct message to a fan, who then took a screenshot and tweeted it out to the public.

Apprised of the social media saga Thursday after practice, Hardaway did not seem happy.

“Oh, so he was blaming other people, basically?” Hardaway said with a snicker before pausing and choosing his words carefully. “At the end of the day I think it all falls down on the team. Team defense, you learn from it. We watched film, we looked at today. I think in that scenario I was denying James [Harden], trying to deny him from the ball and have someone else score. But, yeah, just got to watch it and look it over and see what we can do better to make sure that doesn’t happen again. That’s all I can say.”

Trier confirmed the direct message was real and apologized for sending it, but said he did not expect it to blow up like it did.

“That was me being frustrated about the game and letting social media get the best of you and giving a response that wasn’t needed to somebody that was irrelevant to the situation,” said Trier, who could be facing a fine from the league. “Obviously I didn’t think they were going to take a picture of it and post it. But he got his clout, his little 15 seconds of fame. That’s why you don’t send stuff like that.”