Timberwolves Owner Critical of Kevin Love After Trade to Cavs 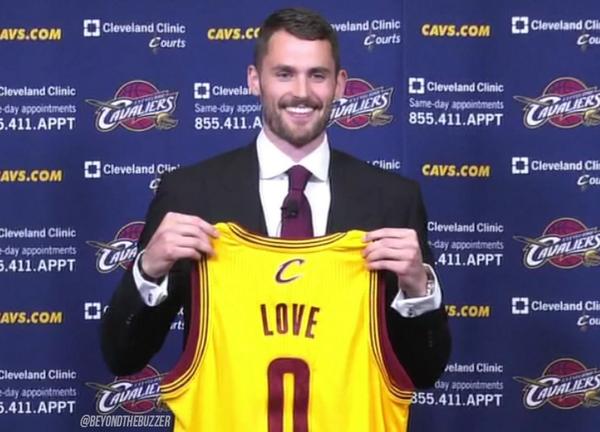 Glen Taylor, the owner of the Minnesota Timberwolves shifted from defeated, to downright salty once Kevin Love’s trade to the Cleveland Cavaliers became official.

Taylor took shots at his former franchise player – saying Love will be nothing more than a third banana in Ohio, questioned his long-term health, and basically accused the All-Star forward of loafing on defense.

“I don’t think he’s going to get a lot of credit if they do really well. I think he will get the blame if they don’t do well,” Taylor said. “I think where maybe he got away with some stuff in not playing defense on our team; I’m not sure how that’s going to work in Cleveland.”

Taylor, however, said he and Love have had a “good relationship.” […] “Haven’t talked to him, and the opportunity won’t be until I run into him,” Taylor said.

Through six losing seasons, Kevin Love grew increasingly frustrated with the Timberwolves front-office’s failure to build a winner around him.

Things only got worse when they refused to sign him to a five-year max deal back in 2012, leading to his inevitable departure this summer.

Taylor now says he regrets only offering Love a four-year contract, with an opt-out clause after the third season.

Kevin Love and the Cavs’ first and only visit to Minnesota next season is Jan.31.