Timberwolves Owner ‘Sure’ Kevin Love Will Be at Training Camp 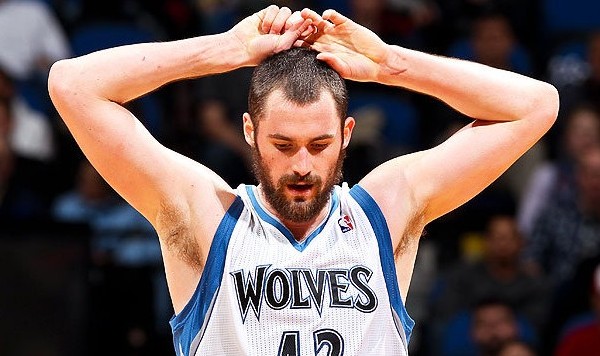 Trade rumors be damned. Glen Taylor says he’d prefer to have Kevin Love in a Minnesota Timberwolves uniform at training camp and beyond.

The team owner spoke to NBATV during a Wolves summer league game Wednesday in Las Vegas.

Per the St. Paul Pioneer Press:

“My preference is that Kevin will come to (training) camp — and I’m sure he will — and play with the team,” Taylor said.

Love, who can opt out of his contract next July, repeatedly has said all he wants to do is win.

“I say back to Kevin, ‘Well, that’s all I want, too,’ ” Taylor said. […] During the upcoming season, Taylor can offer Love a new contract worth $26 million more than any other team can offer. But this summer, Love has been equivocal about the Wolves in public and once used the pronoun “they” to describe them in an interview.

The Cleveland Cavaliers don’t seem to be willing to part ways with top pick Andrew Wiggins in exchange for Kevin Love, and there’s no telling if the Golden State Warriors are offering Minny anything worth considering for the All-Star.

Taylor added that he thinks his team has a great shot at making the Playoffs next year.

The waiting game between Kevin Love and the Minnesota Timberwolves continues.