Time for a lot of moments 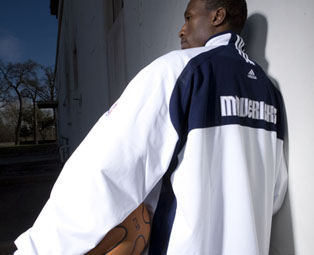 Caught the game last night and enjoyed it; G.O., Conley and the Bucks did a good job of preventing the blowout that always seemed one more three away. I left my friend’s house when it ended and didn’t see One Shining Moment until this afternoon; thankfully, save for the pixalation, YouTube’s version suffices. That annual experience over, the college season finally is as well. And, as much as I love the college game, I’m glad it’s done. Between attending the Sweet 16 and Elite 8 games in Jersey, covering the McDonald’s Game last week for the magazine, and watching more men’s college games than I could count during the month of March, I’m pretty over the “amateur” game. (Note: I want to care about tonight’s women’s championship, but after the absolute abomination that was the national semifinals on Sunday night—total percentage of field goals made in the two games=32—it is hard. That was really bad.).

I’m ready to watch big men get the ball when they’re open. I’m ready to watch guys who consistently nail open jumpers. I’m ready to watch coaches not micromanage every last-minute possession. I’m ready to see refs not call absurd fouls on star players. Most of all, I’m ready for an NBA Tournament that is looking surprisingly open right now. In the Suns issue, which is out this week, everyone on the staff was asked to make their Finals predictions. Out of eight of us, six picked the Mavericks, including me. I was a little biased on account of writing a Josh Howard story in the same issue, but it’s not like I chose Dallas without trepidation. And my doubts have only grown since I turned that pick in a few weeks ago. Look at how the Suns handled them Sunday. Think about how solid the Spurs are. Remember what DWade and Shaq did to Dallas last year. Point is, while I certainly believe they should be the betting favorite, a Mavs title is far from guaranteed.

And even if it was, the playoff junkie in me would still love the opening rounds. Think of what’s on tap just a couple weeks and some straggling Grizticuckzericixawkwolingcats games away. Kobe trying to score 50+ against the Spurs. Don Nelson and the Warriors (please, Clippers, stay home) battling the Mavericks. AI and Melo combining with the Suns to set the scoreboard on fire. The scrappiness of the Bulls. The resurgence of the Pistons. LeBron. And on and on. Playoff time is coming, and I can’t wait.