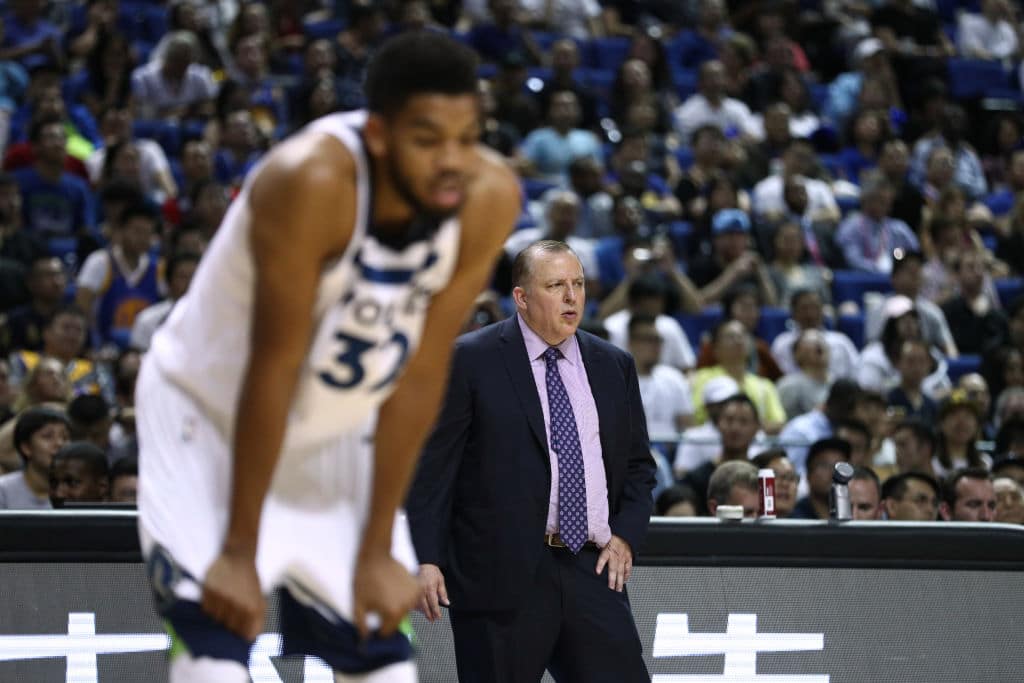 Thibs spoke to reporters at Wednesday’s pre-draft press conference, and said he’s got nothing but love for KAT.

“There’s going to be some bumps in the road,” Thibodeau said about Minnesota working its way back to respectability.

“When you look around the league, there’s rumors everywhere, so you don’t want to respond to every rumor,” said Thibodeau, the Wolves’ coach and president of basketball operations. “Things are definitely changing in terms of the social media and the things that are put out there, and anyone can put anything out there, and oftentimes they’re unfounded. It’s a lot of misinformation … I think we all know from inside what actually is true and not true. So we’d be up here all day (addressing things). You have stuff that’s out there that couldn’t be further from the truth, and then you just feed into it by responding to it. So the important thing for us is to just stay on track, not get distracted, just keep doing the things that we need to do to win.”

One of the more talked about rumors is of a rift between Thibodeau and All-NBA center Karl-Anthony Towns, one sparked by the firing of player​ development coach Vince Legarza, who worked closely with Towns. The coach addressed that by saying things are good with Towns.

“He’s doing quite well,” Thibodeau said with a smile. “I love KAT. He’s had a terrific start to his career.”