We spoke with Toni Kukoc about what he's up to these days, the legacy of the 90s Bulls, playing golf with MJ and plenty more. 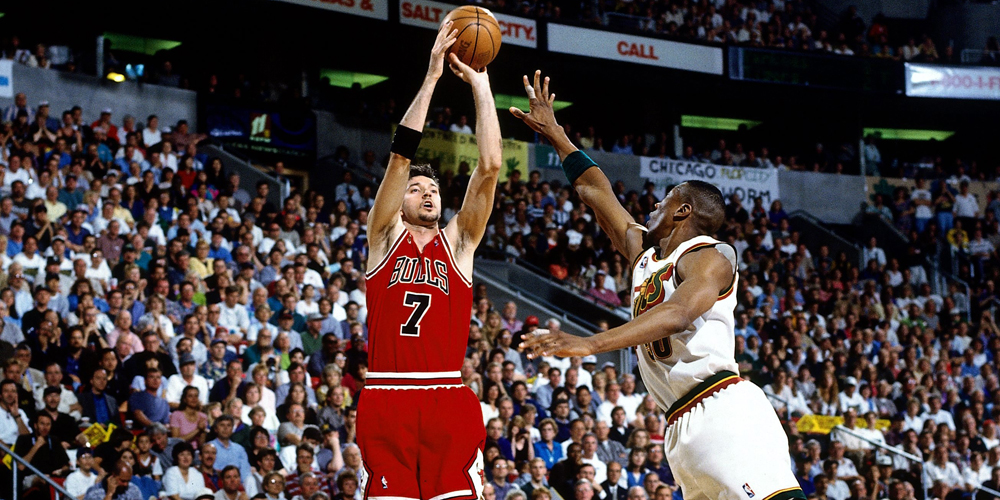 The day Toni Kukoc arrived in the US from Croatia, he was greeted with the heady news: Michael Jordan, his new teammate, was retiring. Just like that, “The Waiter”—a 24-year-old, 6-11 point forward who wowed scouts when they got to see him play, went from side dish to entrée.

Flashing a game that featured finesse moves, a soft shooting touch and the rare ability to play all five positions on offense, Kukoc would go on to win Sixth Man of the Year in 1996 while playing for the 72-win, title-winning Bulls. He would win the next two Championships as well, before playing eight more seasons for three different teams. His career NBA numbers—11.6 ppg, 4.2 rpg, 3.7 apg—only tell part of the tale, as Kukoc was one of the founding members of the Europe-to-NBA movement that has made the League an international playground.

Since retiring, Kukoc has focused on his family and golf. He found some time recently, between links at a course near his suburban Chicago home, to talk to SLAM about the Bulls, MJ’s golf game and more.

SLAM: Was it a rough transition when you came to the States and the NBA?

Toni Kukoc: I thought playing two years in Italy and being away from family would help me adjust, but it was a big step into the unknown. I had to learn to play with my back to the rim because in Europe, I played the point forward, which Scottie Pippen played for the Bulls. I had to really adapt to the lifestyle. For my first real meal in the States, I read the menu and ordered pasta, salad and soup and thought they were smaller European-style portions. When they brought the food to the table I had enough food to feed eight people. So Steve Kerr comes out to the table and asks, “Are you going to eat all that?” I said, “Of course I’m going to eat all this. I’m just going to get a coffee after, go take a shit and I’ll be ready to go [laughs].”

SLAM: Did watching the Bulls in the Playoffs bring back memories?

TK: Not the way they played this year. I’m kidding [laughs]. Considering everything that happened to them this year, they had a great season. The regular season is so much different from the Playoffs, and in the Playoffs you have to have everything going to beat someone in a seven-game series. It was obvious that the lack of offense was really costly for the Bulls against Washington this year.

SLAM: What are you doing these days?

TK: I’m playing golf [laughs]. It would actually be nice to get back into basketball as a coach. I think I know basketball enough to do that and it would be good to get a couple years as an assistant just to see what it’s like from the sideline.

SLAM: Do you think about those title teams during this time of year at all?

TK: Not really. I really enjoyed it when it all happened, but I don’t really put that much thought into it anymore.

SLAM: Do you still keep in touch with any of your old teammates?

TK: I see the guys on and off. I see Scottie at the games and Steve [Kerr] when he comes to do TV. I see Bill Wennington because he works with Bulls radio. Michael, I see. We play a lot of golf so I see him a couple times during the year.

SLAM: Do you ever beat Michael in golf?

TK: I’m a better player than he is, you can document that [laughs]. No, we usually play as a tandem. We will take on anybody.

SLAM: Wearing Bulls gear was obviously popular when you played, but now it seems just as hot to wear throwback gear from your era. Are you surprised?

TK: Of course not. We were one of the best teams to ever play!