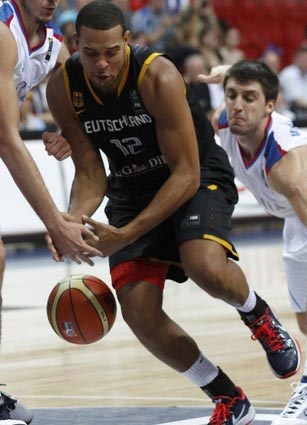 The FIBA World Championships are for the big boys, not the kiddies. While there are a handful of young players dotting the rosters of the 24 teams that competed in the tournament, for the most part countries rely on their older, more experienced players when they are battling on such a big stage. But, as mentioned, a few young bucks did make the cut for their respective nati

ons this year and got to join in on the festivities in Turkey. Here are the top NBA Draft prospects that made the grade in Turkey.

The world championships were an utter disaster for Canada, as they failed to win even one game (no, they couldn’t even beat Lebanon). Things weren’t much better personally for Robert Sacre either, as the highly touted center barely got off the bench, only averaging 8 minutes a game. But he did produce when he was given an opportunity for a little extra burn, notching 8 points and 3 boards in 14 minutes versus Spain. In the fall, Sacre will be back on Gonzaga’s campus for his junior season with the ‘Zags. His size (7-0), physicality, defensive ability and decent athleticism should allow him to sneak into the second round of the NBA Draft whenever he decides to declare for it.

Croatia had a much better opening round than Canada, going 2-3 and making it through to the round of 16, where they’ll meet Serbia on Saturday. Young small forward Bojan Bogdanovic was a big reason for the team’s success, as he went off for double-digit scoring totals in four out of their five games so far (including 17 points and 5 threes versus the US). The 6-8, 21-year-old, who plays pro ball for Cibona Zagreb in his native Croatia, is a three-point marksmen, hitting his long-range shots at a 50 percent clip (13-26) thus far in Turkey. Known for his strong all-around game, Bogdanovic should be a mid-second round pick next June.

The Dirk Nowitzki-less German squad underachieved in the first round and didn’t advance to the round of 16, which is too bad because they have a couple of good draft prospects in Elias Harris and Robin Benzing. Harris will be familiar to most readers due to the solid freshman season he had for Gonzaga last year. The long-limbed, athletic small forward didn’t do much in Turkey, only putting up 3.4 ppg and 2.0 rpg despite playing about 17 minutes a game. But another strong season with Gonzaga could put him into the lottery next June. Teammate Benzing wasn’t much more effective himself, averaging 4.6 ppg in 18 minutes of action per game. The 6-10 small forward, who plays pro for Ratiopharm Ulm in Germany, runs the floor well and is a three-point bomber, taking more threes than twos. He should be a second round pick in 2011.

Could the unthinkable happen — Could we really see two Iranian basketball players in the NBA at the same time? It is appearing to be very possible, as Arsalan Kazemi is on NBA scouts’ radar. A 6-7 combo forward with long arms, Kazemi had a great showing in Turkey, averaging 12.0 ppg and 7.4 rpg. The Rice sophomore still has plenty of work to do before he starts appearing on any mock drafts, but he is an athletic, high energy player that could turn out to be a solid NBA role player before all is said and done.

Read more of Jeff Fox at The Hoops Manifesto & The MMA Manifesto. 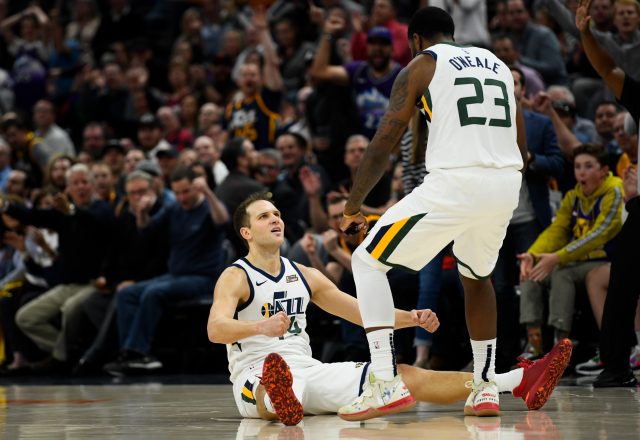