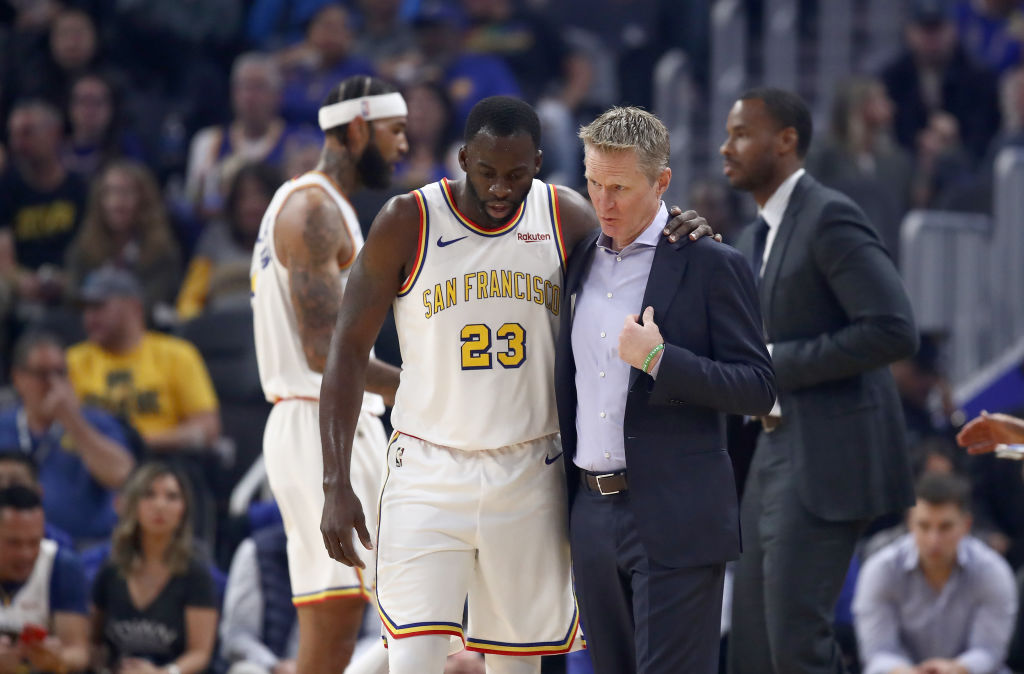 Update #2, Nov. 11: The Golden State Warriors will welcome Draymond Green back to action after a five-game absence, Logan Murdock of NBC Sports reports.

Update #1, Nov. 6: Draymond Green didn’t travel with the Warriors on their road trip, Anthony Slater of The Athletic reports. He’ll miss the next three games at least.

A torn ligament will sideline Draymond Green for the next few games, Anthony Slater of The Athletic reports. The injured left index finger, however, doesn’t figure to be a long-term issue.

Green’s injury is the latest in a rush of setbacks for Golden State and it comes at a time when the once-consistently dominant Warriors are fielding their most inexperienced roster in years.

Prior to his own absence, Green was in position to shoulder more of the offensive load than he ever has for the Warriors. He, alongside D’Angelo Russell, had their work cut out for them salvaging a season that went south quickly when 2019-20 began.

The Warriors are 1-4 so far this season and will be eager to get Green back in the lineup as they attempt to adjust to life without Stephen Curry.