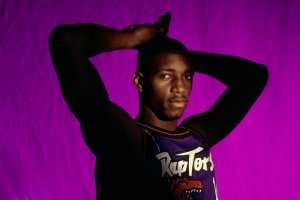 The 7-time All-Star and 2-time scoring champion has decided to try his luck in China.

McGrady confirmed rumors that he was close to a deal with the Qingdao DoubleStar Eagles of the Chinese Basketball Association — the agreement was reached on Tuesday.

T-Mac posted a farewell message to the NBA on his Facebook and personal website. Below is a snippet:

There are times in life that a new road presents itself and it appears this time has come for me now. I am so proud of what I have accomplished these past 15 years playing in the NBA. It was a dream entering the league as I just turned 18 years old. I worked hard and poured my heart and soul into this game. I consider myself a student of the game as I have watched, studied and played with and against the best players in the world. The NBA was my University and I learned so much. The gratitude I feel is really immeasurable. I have experienced the best moments a player can experience and have had some dark ones too. Both equally important in helping shape me into the man I am today.

As I enter this next chapter, I am excited to play for Qingdao Eagles in China. I have been to China several times in the last few years and I love the people and the country. It will be an honor to play for them. Thank you to every fan that has followed me and believed in me. Injuries and all, I wouldn’t have changed a thing. I am proud of the mark I left on this game and am grateful to have been a part this league. It was a dream to play in front of all of you, each night, in every stadium. Thank you.