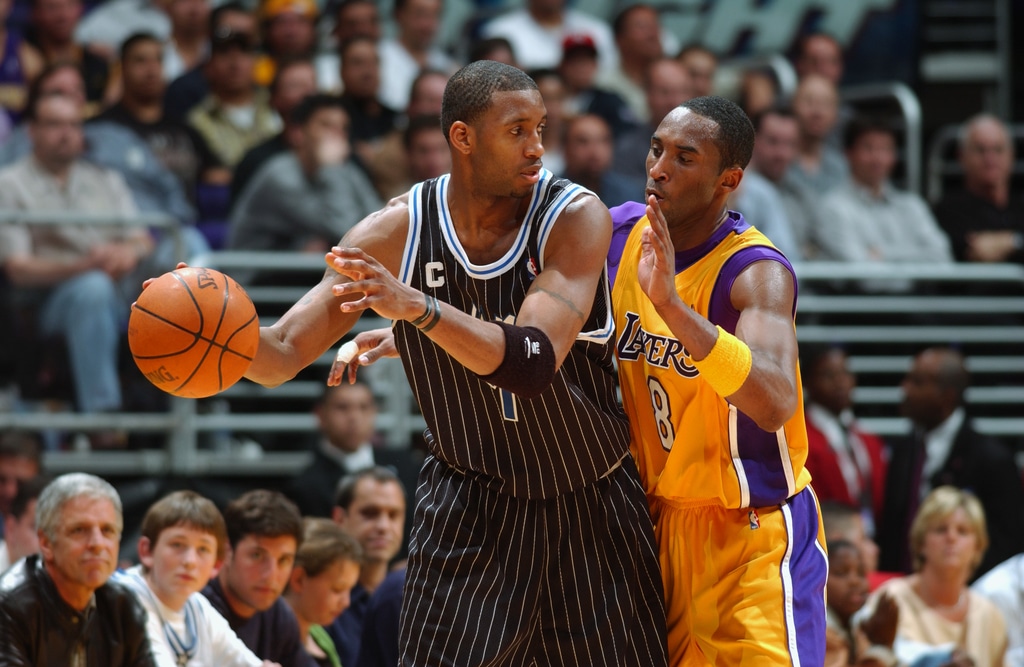 Tracy McGrady seemed blown away to discover that the Los Angeles Lakers attempted to draft him right out of high school in 1997, and says he would have happily taken a back seat to both Kobe Bryant and Shaquille O’Neal.

T-Mac believes he could have fit in Hollywood as a “Scottie Pippen type.”

McGrady laments that he had to carry so much of the offensive burden in Orlando, and didn’t have a reliably-healthy co-star.

“We are talking about two of the greatest,” McGrady said.

“To team up with these guys. What that could have done for me personally. Oh my gosh, man …

“My career took a turn when I went to Orlando because I had to become a scorer, because I didn’t have Grant Hill. I was always the type of player like a Scottie Pippen type — share the ball, defend the best player. That’s what I did in my three years in Toronto. I would have been that playing alongside Kobe Bryant.”