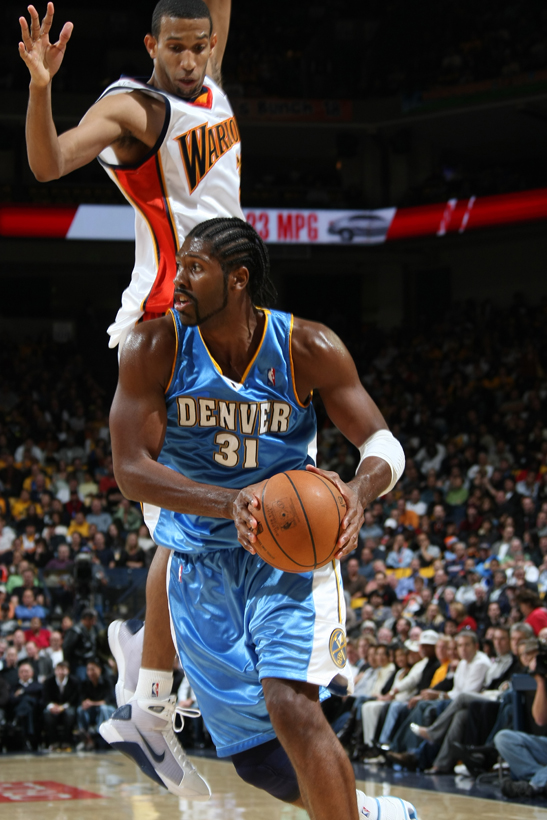 Allen Iverson’s stat lines through the start of the season had fantasy owners raising a collective eyebrow and questioning their roll of the dice on The Answer.

Say what you will about Iverson’s legacy, but statistically his numbers have always been on point, and throughout his career he’s left a chunk of his 5-11, 165 pound frame every time he laced’em’up.

After Denver shipped Marcus Camby out of town for a bag of nickels and a Casio watch, the flooring was laid for Iverson’s departure. Monday’s trade to the D for Chauncey Billups, Antonio Mcdyess, and Cheick Samb will be welcomed by Iverson, who’s in search of another trip to the finals. It also gives George Karl and the Nuggets a true point guard for the first time since Andre Miller left for Philly.

SLAMonline has already covered all the on-court angles of this trade, so let’s examine the fantasy impact.

Allen Iverson — Though he never made it public, Allen was hoping for a ticket out of town, and so were his fantasy owners. A motivated Iverson equals production and although there are questions regarding tick between Iverson, Stuckey and Hamilton, Iverson will certainly be a mainstay in the rotation. It also doesn’t hurt that he’s playing for a contract, and will be showcasing the spring in his step via the stat line.

Rodney Stuckey — His sleeper status coming into the season likely pushed him a bit too high in your league’s draft, but this trade is a step in the right direction. He will share time at both guard slots, while RIP Hamilton may move to the 3 some

nights. Though he will rarely see 40 minutes, it’s clear Joe Dumars has confidence in Stuckey going forward and he should be owned in all leagues. RIP’s situation is more of a concern, as his game is 100 percent reliant on getting the ball in the right spot.

Detroit’s Frontcourt — Amir Johnson and Jason Maxiell will see added clock as a result of McDyess’s exodus. While I wouldn’t run out and grab either player in shallow leagues, their lines need to be closely monitored going forward. Johnson is especially useful for owners in search of help in the blocks category.

Chauncey Billups — The Avon Barksdale of the Detroit Pistons has left the building. Joe Dumars wasn’t playing when he said anybody can get it this past Summer. Chauncey is a smart basketball player, who picks his spots and allowed his teammates to get theirs before taking over in Detroit. His fantasy value should increase in Denver because George Karl is going to be 100% on the Billups meat wagon.

The rest of the Nuggets – Carmelo Anthony is now the face of the franchise, which means he’s squeezing more than ever. He’s saying all the right things about the deal, but I think he welcomed the move. Denver will be building around him from here on out, and he’s primed for a monster year.

J.R. Smith, Kenyon Martin and Nene should also see a boost in value because

playing with a true point guard will make things easier on offense. Keep your eye on Dahntay Jones and Linas Kleiza in deep leagues for waiver wire additions.

While I’m at it, check your waiver wire for these guys who have been hot pickups across fantasy leagues:

Luke Ridnour and Ramon Sessions — Ridnour is starting again in Milwaukee and had a huge game last night. Sessions was also impressive and Scott Skiles will have some decision making when Redd’s ankle is back to 100 percent.

Marquis Daniels — There’s no specific timetable for a Dunleavy return, and Daniels has been more than serviceable as his replacement.

Delonte West — Back to back big games for Cleveland. He stays in control and has the ability to fill the boxscore.

Brandan Wright — Al Harrington is buried under Nelly’s doghouse at this point, and Wright will be the benefactor.