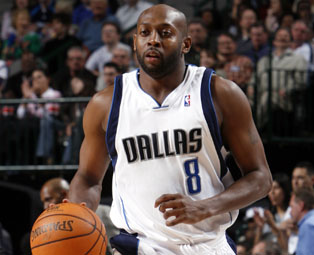 Here we are. The trade deadline. Names like Jason Kidd, Vince Carter, Pau Gasol, Corey Maggette, Mike Bibby, just to name some of the bigger ones, are being thrown around. Nothing solid yet, but that’s when the blockbusters happen. It’s 1 P.M. as I post this, and Anthony Johnson was just traded back to the Hawks again, for a second rounder.

We’ll see where the day takes us. Is the Kidd era over in Jersey? Is Joumannagate responsible? By the way according to this report, she scratched someone in a fit of jealousy. Is Vince moving on? Are the Grizzlies going to get what value they can for Pau? Will LeBron be teamed with Bibby, who will take the biggest shots whether LeBron wants him to or not?

Stay tuned. I’ll come back here to update and possibly swap out the Anthony Johnson picture for a bigger star if one of them moves. No disrespect, Anthony.

Also, feel free to play along in the comments if you’ve got some hot rumors/predictions. I think the Kidd to Lakers deal is going to happen, but Bynum won’t be a part of it.

UPDATE #1: Reading various things, it seems like people are very adamant that Mike Bibby will be moved. Either to Cleveland or Jersey, though I’m sure there are many more places.

Also it looks like Juan Dixon and Fred Jones are being traded, but I don’t know if its for each other or where, and those two aren’t exactly the blockbuster deals we’re looking for. We’ll see what happens. Are the Heat now players in the trade market? Would they have to give up someone they don’t want to, like Haslem? Vince to the Heat? Stay tuned.
Already ate lunch. I feel like I’m at NORAD during a missle strike, not to compare sports to war or anything.

UPDATE #2: Not really much of an update. Dixon and Jones were traded for each other. Fred Jones goes back to the Oregon area (that area being a state) and Blazers Blog is giddy. The 3 P.M. eastern deadline is coming up, and in the past the trades come flooding in after the deadline passes.

UPDATE #3: Uh…. yeah, that was great. The Anthony Johnson image shall stay on the main page. FRED JONES! JUAN DIXON!