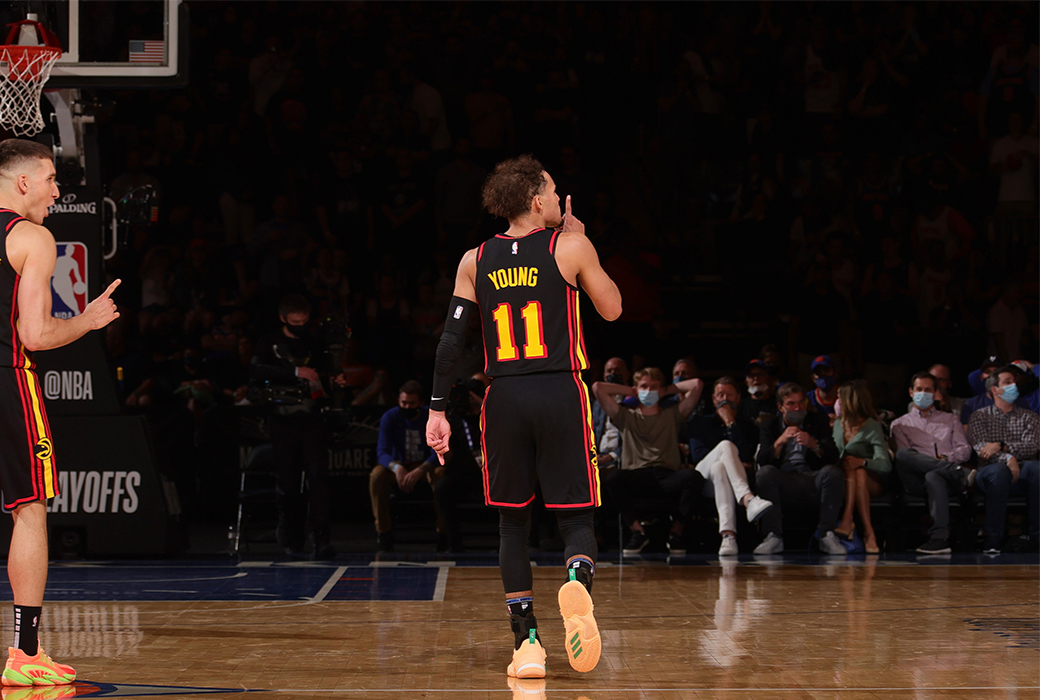 Fresh off a game-winning floater against the Knicks, Atlanta point guard Trae Young strutted back to the away locker room, his face gleaming.

It got real quiet in there, he repeated. I don’t care. Next one.

Last night, the Hawks defeated the New York Knicks, 107-105, to take a 1-0 series lead. Atlanta’s young star stunned the city with a 32/10/7 performance to help seal the win, silencing New York fans—who were relentless in their first playoff game back in MSG and persistently chanted “F—Trae Young”—by dropping the game-winning bucket with a signature floater over Julius Randle.

Young’s ice-cold moment topped off his superb night from the paint, going 7-for-9 on drives. He took over the fourth quarter, scoring or assisting on 21 fourth-quarter points (36).

Even amidst all of the chants, Young didn’t sweat the noise from the crowd. Instead, it seems like he’s fueled by it, positioning himself as the next great villain of the Garden in just his first playoff appearance.

“For me, I wanted to hear those ‘F—you’ chants again,” Young said.

“Everybody’s chanting F-U … It got real quiet at the end, and I wanted to hear those F-U chants again.”

The Hawks star point guard also joins LeBron James, Derrick Rose and Chris Paul as the only players in NBA history with 30 points and 10 assists in their playoff debut, per Elias.

While Ice Trae won the battle, MSG and Knicks fans are prepared for the war. Last night marked a multitude of reminiscent moments from years past, proving once again that basketball is better when the Knicks are ballin’ and the Garden is rocking once again.

The Knicks will get another crack at Young and the Hawks on Wednesday for Game 2.