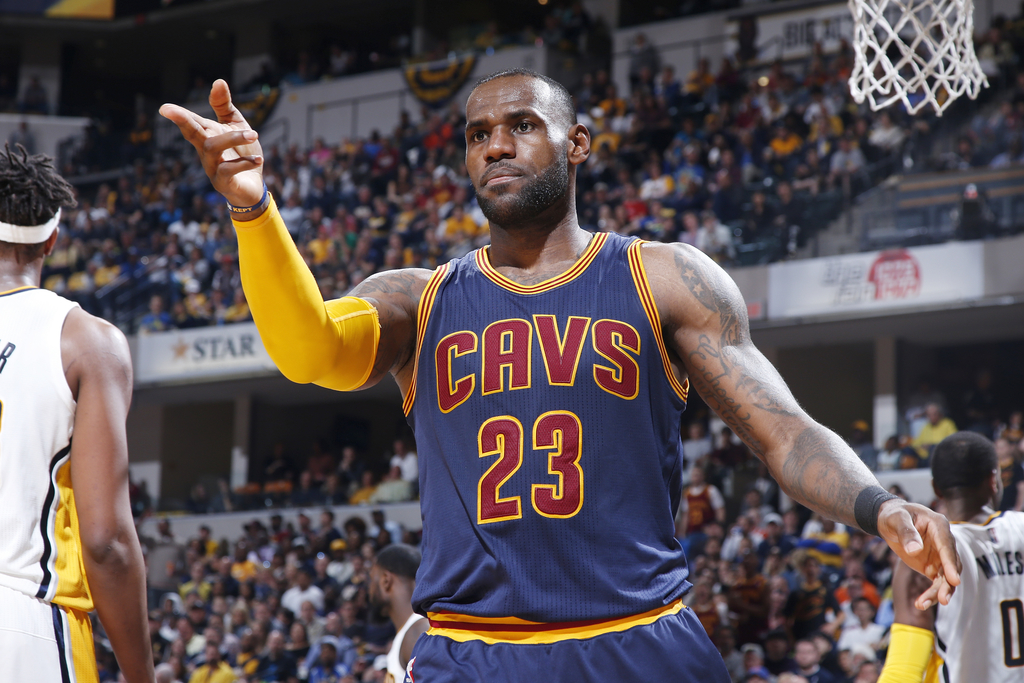 The MVP race this season, for all intents and purposes, is a two-man battle between Russell Westbrook and James Harden.

Tristan on LeBron: "He should be the MVP, but I heard your guys’ votes are in already. So damn. That sucks. He’s the MVP. Best player."

LeBron led the defending NBA champs to a four-game sweep of the Indiana Pacers on Sunday, and averaged nearly a triple-double—32.8 points, 9.8 rebounds and 9.0 assists—in the first-round series.

As LeBron James left the locker room and began walking down the hallway and toward the podium for his postgame media session, Tristan Thompson interrupted his own train of thought to give a campaign speech. The ballots are in, but Thompson wants a revote.

“Long live the king. He’s the best player in our league,” Thompson said. “He’s my MVP. He should be the MVP, but I heard your guys’ votes are in already. So damn. That sucks. He’s the MVP. Best player. That’s all I’ve got to say.”

James scored 33 points Sunday to finish off these Pacers, including a dagger 3-pointer with 1:08 left.