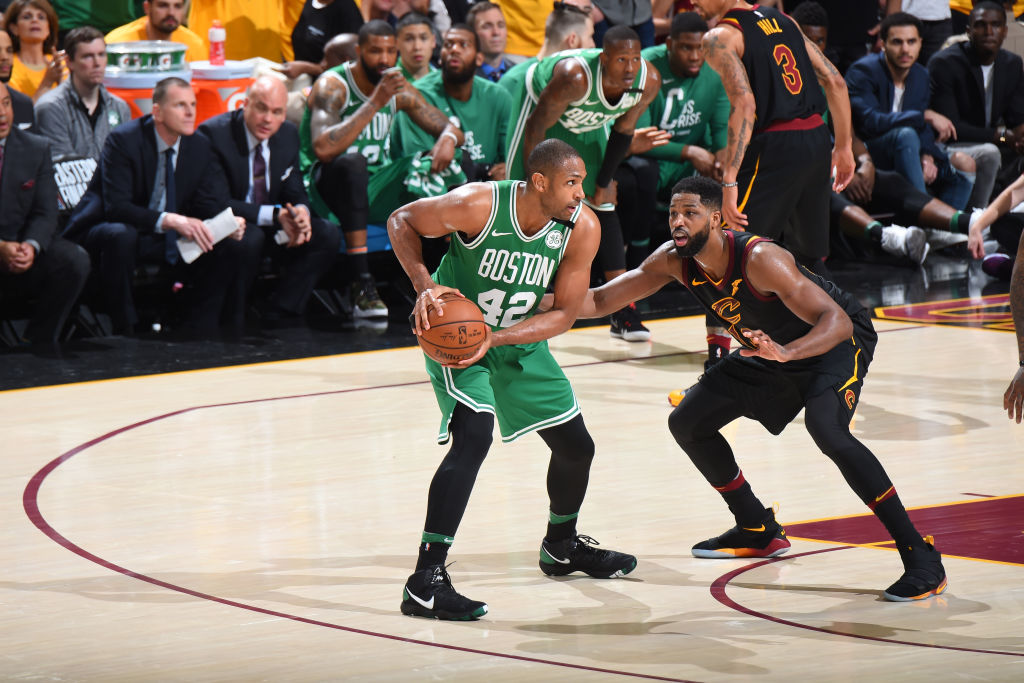 Tristan Thompson wanted to guard Al Horford “from the beginning” of the Eastern Conference Finals, but didn’t get his chance until Game 2.

Since then, Thompson has held the Celtics’ lone remaining All-Star in relative check, helping Cleveland knot the series at two games apiece.

#Cavs Tristan Thompson wanted matchup with Al Horford from the beginning, he told @clevelanddotcom, and his defense in last two games has Horford looking a lot different than Game 1 https://t.co/4LxKz4vAfu

Horford finished with 15 points and seven rebounds in the Cavs’ 111-102 Game 4 win, and must re-assert his dominance if Boston is to reach the NBA Finals.

“I wanted that matchup from the beginning,” Thompson told cleveland.com following the Cavaliers’ 116-86 Game 3 win. “I feel like for me as a big, my job is to matchup against whoever their best big is and make it tough for him. From the beginning of the series I knew that Al Horford was going to be my matchup regardless of when and it’s on me to try to cool him down and make it tough for him this series.”

On Saturday, a night when Boston’s offense floundered early and never recovered, Thompson held Horford to just seven points on 2-of-4 from the field in 30 frustrating minutes.

“He’s defended him well,” Lue said of Thompson. “I think he’s physical. Al Horford is a perennial All-Star and they run a lot of sets through him. He’s usually handling the ball at the top of the key, making the dribble hand-offs or pick-and-pop, shooting the three and posting him. Tristan is the kind of guy who is agile enough to get back on his shot when he pops to put ball pressure on him at the top of the key.

“Just try to make him uncomfortable. Al is a good player so he’s going to be able to score, but we just want to make it tough. I think Tristan is the best matchup for him for us to do that.”