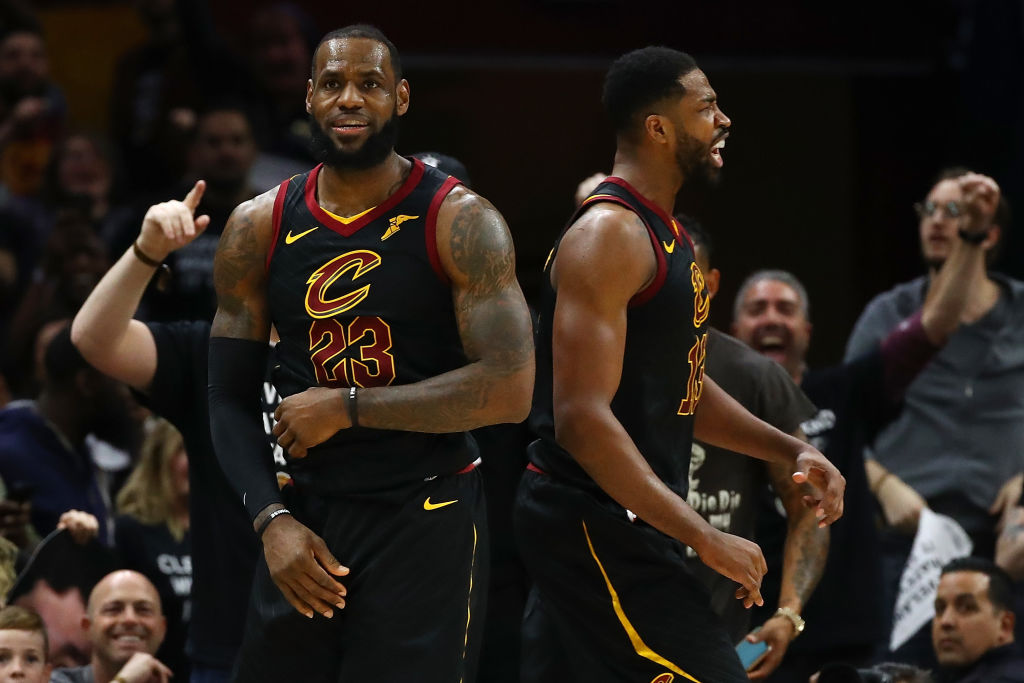 In light of the Los Angeles Lakers being up 3-1 against the Miami Heat in the 2020 NBA Finals, Tristan Thompson joined The Herd to talk about his former teammate, LeBron James. During the conversation, Thompson reminisced on a text message him and his teammates received from James that got them fired up and ready to do the impossible.

“Listen, I know we’re down 3-1… but if you don’t believe that we can win this series, then don’t come on the plane”

According to Thompson, LeBron sent the team this text late the night before they would fly to San Francisco to take on the Warriors in Game 5 in the 2016 NBA Finals. Being down 3-1, the Cavaliers had their backs against the wall but James wanted to make sure his team wasn’t ready to give up.

As we all know, the Cavs were able to pull off the comeback. This would be the one and only title that LeBron would bring to Cleveland.

Now, up 3-1 against the Miami Heat, James and the Lakers are on a mission to make sure the same doesn’t happen to them and that they are able to close out the series on top. If they are able to do so, this will be James’ fourth NBA championship and his third team to win a title with.

The Social Change Fund Partners to Provide Support for Teachers