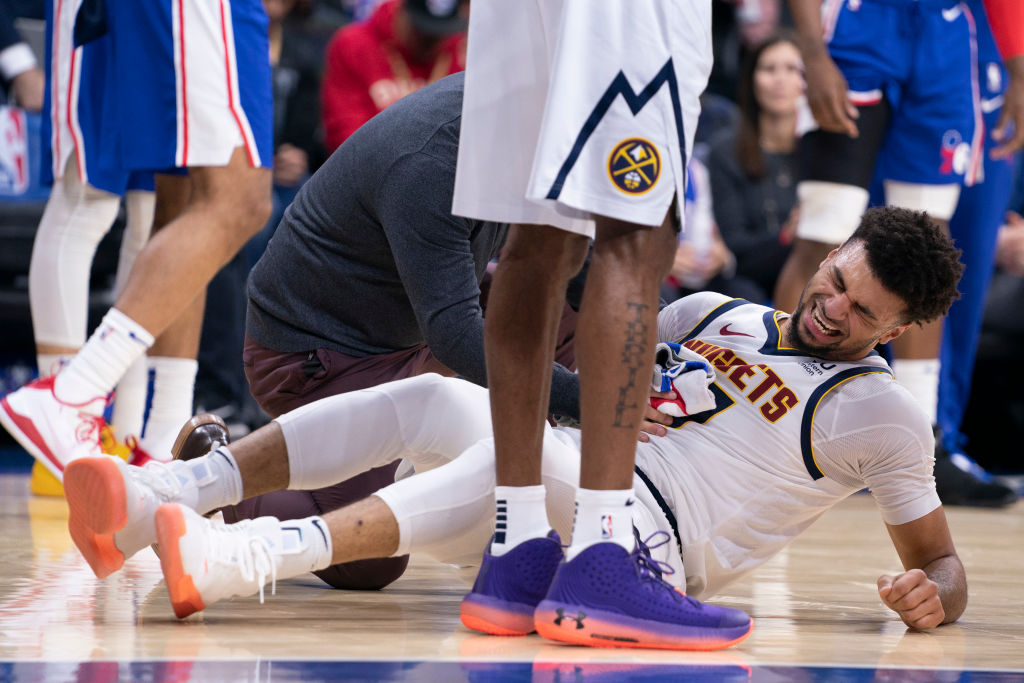 The Denver Nuggets await further clarification on the injury that forced star guard Jamal Murray out of their game Tuesday. The 23-year-old guard was diagnosed with a trunk contusion after a collision five minutes into action.

Murray remained on the ground in pain for several minutes after the fall but, according to Mike Singer of the Denver Post, x-rays performed last night came back negative suggesting that the setback isn’t necessarily serious.

The Nuggets have been fortunate with Murray, their offensive sparkplug who has missed just eight games over the course of his first three years in the league. They await a formal timeline for his return.

Murray has averaged 17.4 points, 4.2 rebounds and 4.5 assists through the first 22 games of Denver’s season.