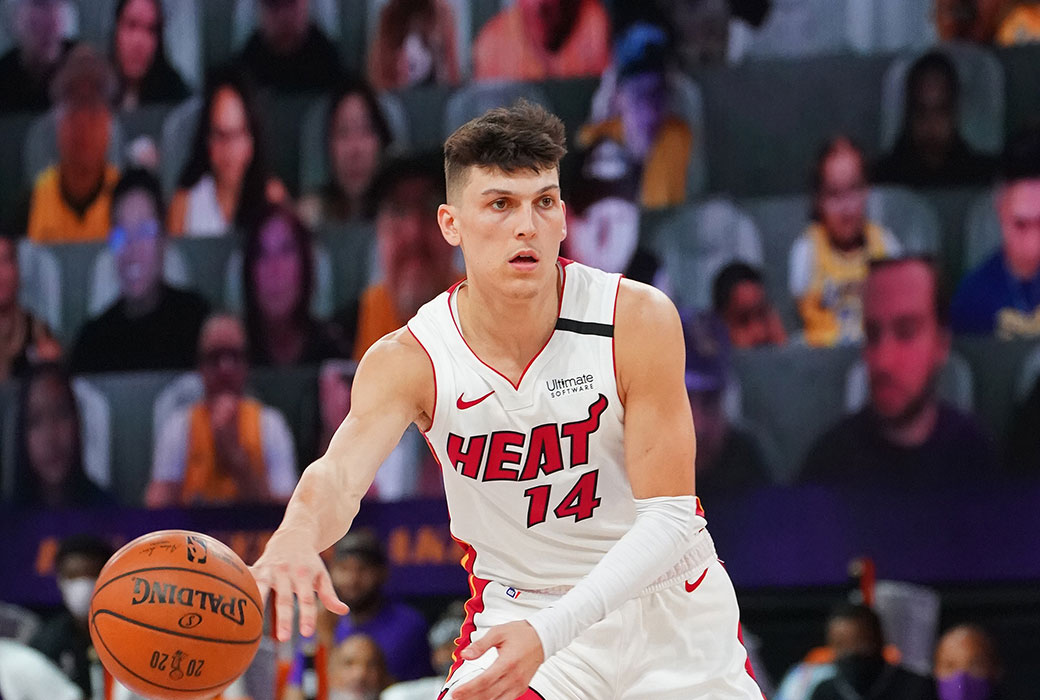 Tyler Herro, who the Miami Heat selected with the 13th overall pick in the 2019 NBA Draft, has become one of the league’s most popular young players. As charismatic as he is skilled, Herro has been one of the main reasons that the Heat defeated the Milwaukee Bucks and Boston Celtics on their way to the NBA Finals.

The difference between Herro and Magic’s ages at the time of their first Finals start is negligible. Nonetheless, Herro’s start in Game 2 became part of NBA history.

What’s more, this isn’t the first time that Herro’s name has been brought up alongside Magic’s. With 37 points in Game 4 of the Eastern Conference finals, Herro was just five points away from tying Magic for the most points scored in a playoff game by a player 20-years-old or younger.