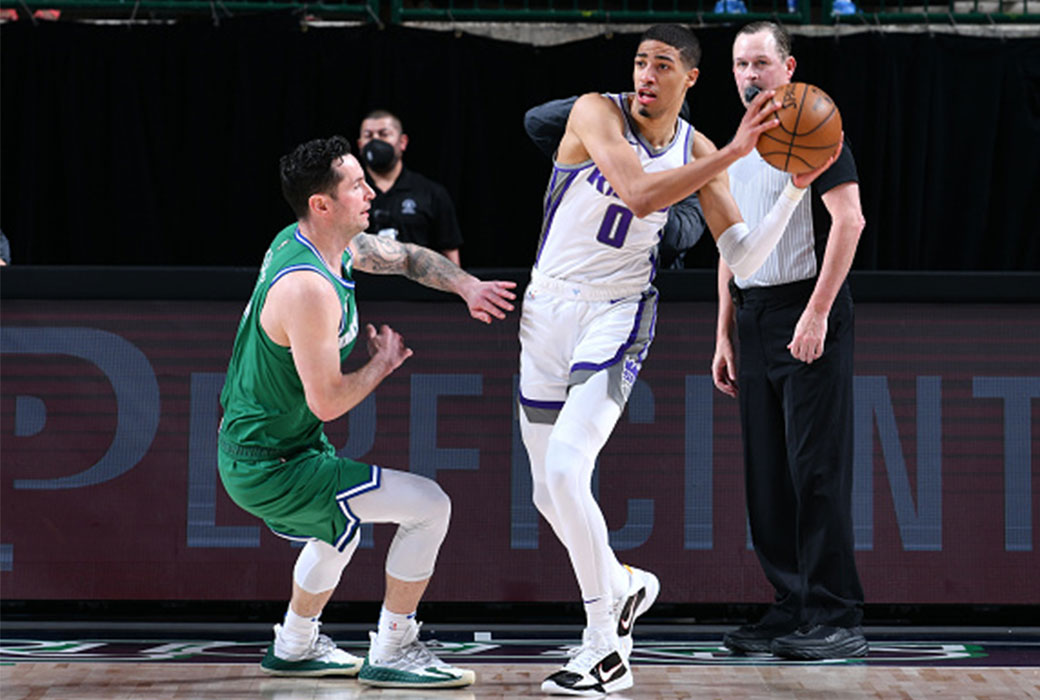 Sacramento Kings rookie guard Tyrese Haliburton received some good news and some bad news this week. The good news is an MRI revealed no ligament or structural damage to his left knee, an injury he suffered against the Dallas Mavericks over the weekend.

While bringing the ball upcourt in the third quarter, Haliburton attempted a behind-the-back crossover dribble and his knee appeared to give out. That ended his night, and with 11 points and 5 assists in 23 minutes.

The bad news is that play also ended Tyrese’s run during the regular season, the team announced on Tuesday.

The team also stated that Haliburton is expected to make a full recovery without surgery and will participate in “normal offseason training”.

The two-time Rookie of the Month has been one of the few bright spots for Sacramento this season, averaging 13 points and 5.3 assists, shooting 47.2% (including 40.9% from long range) in 30.1 minutes.

His numbers have jumped significantly since De’Aaron Fox has been away from the team in the NBA’s health and safety protocol. In Fox’s absence spanning five games, Haliburton averaged 18.5 points and nine assists to help lead the Kings to three wins.