Tyronn Lue: ‘It Would Be Absurd’ if Raptors Fire Dwane Casey 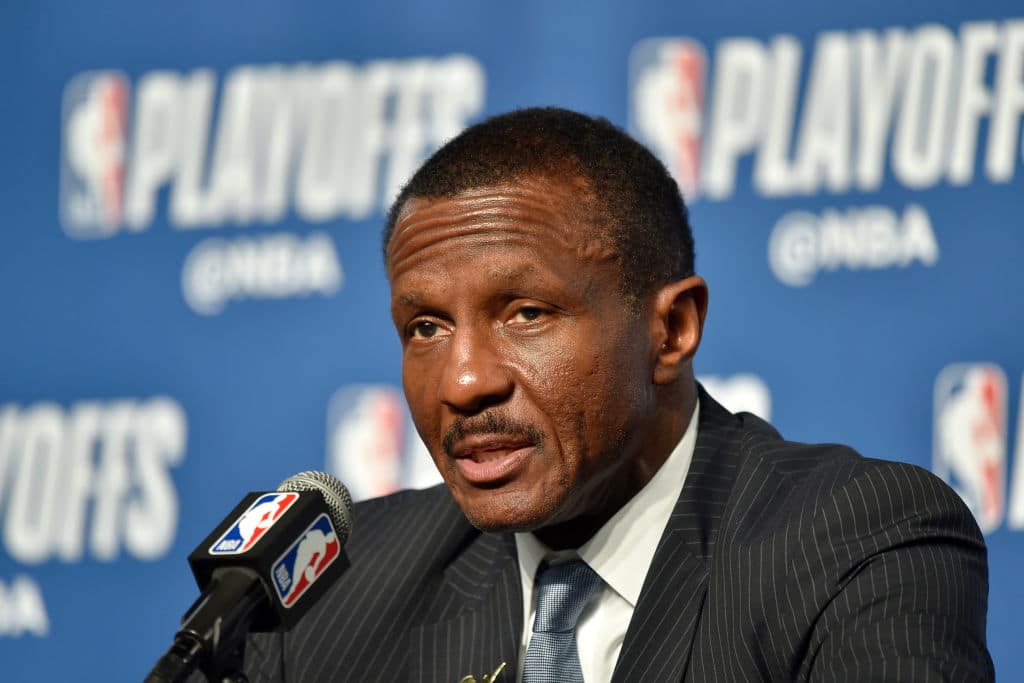 Rumor has it that the Raptors may part ways with head coach Dwane Casey this summer, something Tyronn Lue strongly opposes.

Lue, prior to his Cleveland Cavaliers sweeping Toronto, said “it would be absurd” if Casey lost his job.

“That’s crazy,” Lue said ahead of Game 4, in which the Cavs will look for a second straight sweep of the Raptors. “I mean, to change a team who they said played iso basketball, to being top three, I guess, in offense and defense this year, the second best record in the NBA, like, it’s just, I don’t believe that one bit.

“I mean, it would be absurd to make a move like that.”

Lue was caught off guard during his pregame news conference when told the Pistons parted ways with coach and team vice president Stan Van Gundy. Lue played for a part of one season under Van Gundy with the Orlando Magic, and said Van Gundy reached out to him earlier this year when Lue stepped away for personal health issues.