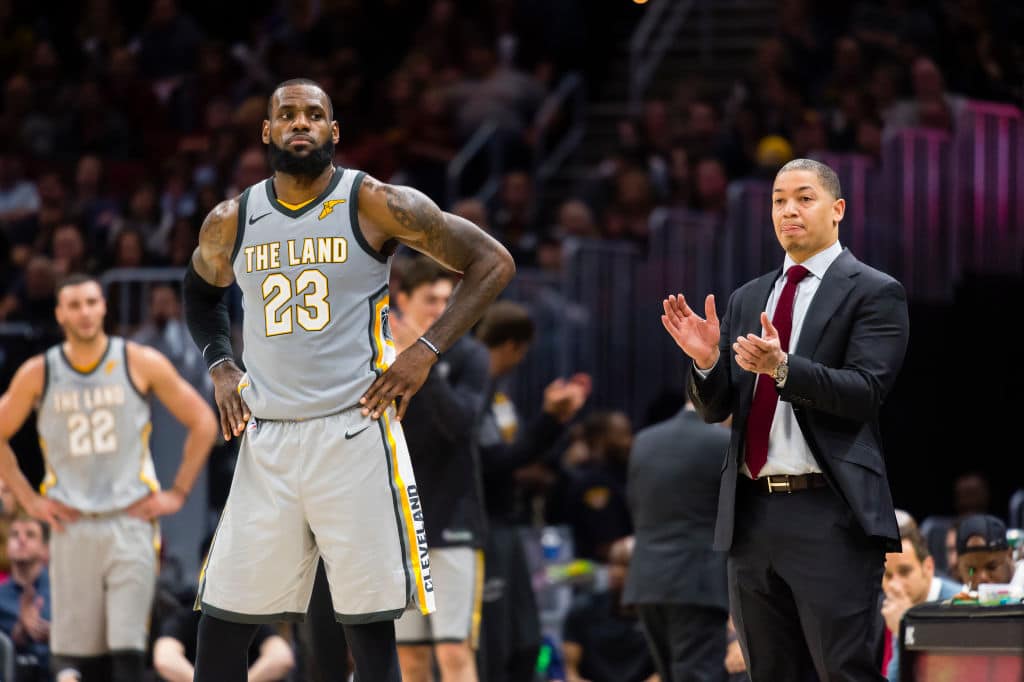 James is now a Los Angeles Laker, and Lue says he’s excited to lead the Cavs’ as presently constructed.

Lue adds that he believes Cleveland can still make the playoffs.

“Of course I would love to have LeBron James, but now that he’s gone it’s going to be a new challenge,” Lue said. “I think me and my coaching staff, we’re up for it. It’s going to be different, a lot of young guys that we can try to teach and mold them how you want them to be.

“I think when LeBron came back [from Miami] and we traded for Kevin Love, we didn’t have any draft picks — all veteran guys who could play now and understand how to play and how to win and what it took. Now, having made the trades we made during the season and acquiring some young talent through the draft, it will be a different challenge for us. I’m already excited about it.”

James leaves quite a shadow on the Cavaliers’ franchise. He is the best player by far in the team’s history, he brought the team its first championship, and eventually his jersey will hang in the rafters. Life after LeBron will be difficult because the LeBron imprint is permanent.

“We want to continue to be exciting, continue to be competitive for our fan base,” Lue said. “But it’s hard to replace LeBron James. Don’t say we’re going to replace LeBron. He’s an irreplaceable player. It’s not replacing LeBron James, the best player in the game for so long, and he’s meant so much to the franchise and every franchise he’s played for — Miami, Cleveland, the city of Cleveland, his family, his friends, coaches, players. Everybody he’s been around he’s made better and you can’t replace that. So we’ve got to understand that and continue to keep growing and working collectively and be the best we can be.”