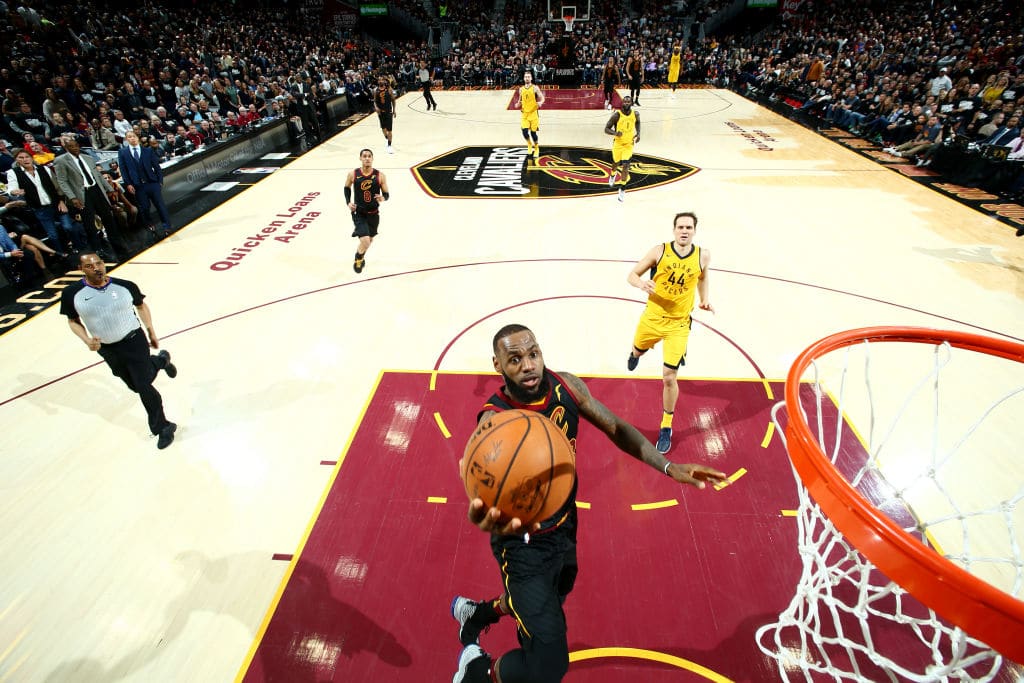 LeBron James didn’t attempt a shot until there was 1:52 remaining in the first quarter of Cleveland’s 98-80 Game 1 loss to indiana, and Cavs head coach Tyronn Lue says James “has to be aggressive and set the tone early.”

LeBron had a triple-double in the series-opening defeat, and counters that he took what the Pacers’ defense gave him.

“He has to be aggressive and set the tone early,” Lue said Monday. “We talked about that today … being aggressive early, setting the tone, especially for these new guys, bringing these guys along. He understood that, but once again, he’s always a guy trying to get his teammates off early, get them guys going, then try to feel the game out. But be ready to set a tone.”

James explained Sunday that he was, in essence, taking what the defense was giving him.

“That’s just how the game was being played,” James said after totaling 24 points, 12 assists and 10 rebounds in 44 minutes. “Guys had great looks and they just didn’t go down. … There was two on the ball at times. I was assisting and guys just couldn’t make shots to start the game, so it was just how the game was going on.”

Related
LeBron James Shrugs Off Game 1 Loss to the Pacers