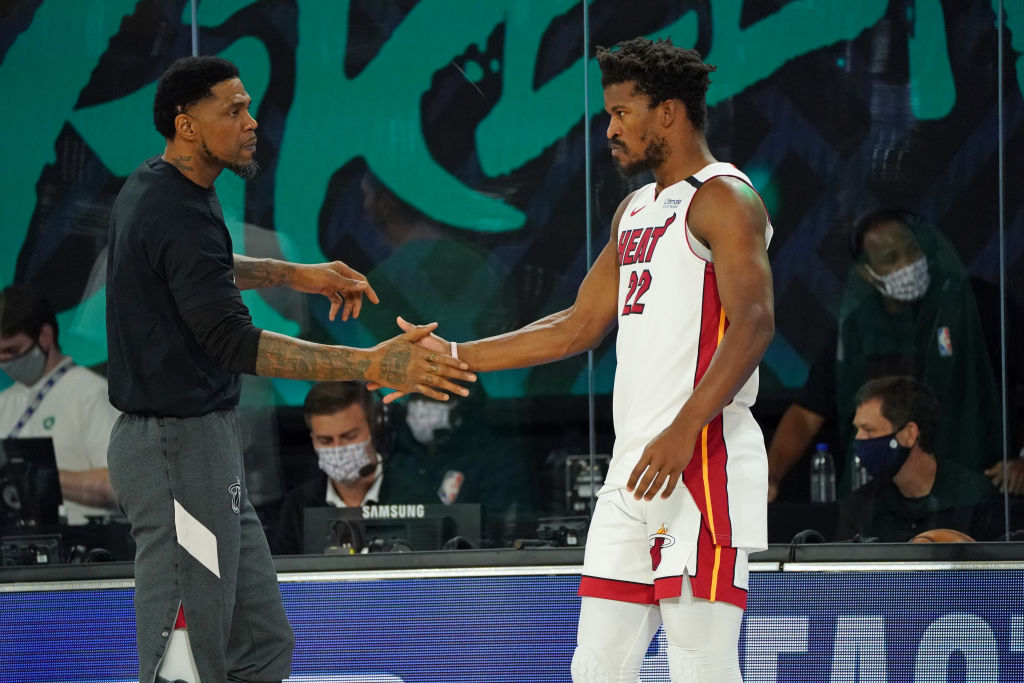 Udonis Haslem has been a member of the Miami Heat dating back to 2003 and holds the longest active streak of any player when it comes to consecutive seasons on the same team with 17.

While Haslem, 40, no longer makes significant contributions to the Heat on the floor, he still brings value to the team as a veteran leader.

According to Sun Sentinel‘s Ira Winderman, Haslem will be back in uniform for Miami in the 2020-21 season. He made the announcement at a Subway sandwich shop he operates in Coconut Creek, saying, “I am the Miami Heat; the Miami Heat is me.”

Udonis Haslem announces he is returning for an 18th Heat season.

During the Heat’s most recent NBA Finals run, Erik Spoelstra reflected on the importance of Haslem to the Heat and their success.

“I can’t even imagine being in a locker room or in a game without UD. I’m so used to UD and his leadership and his voice. It does matter. He does move the needle from where he is.”

To Haslem, this meant a lot. Spoelstra’s continued support for him and expression of gratitude for all he does was a big driver in his decision to stick around for another season.

“I really didn’t understand how impactful I was to these guys until I had the opportunity to be in the bubble and spend as much time as I had to spend with these guys. I really understood that these guys really respond to me, man. That was huge for me.”

Haslem is the franchise’s all-time leading rebounder and his next appearance on the court in the upcoming season will make him the oldest player in franchise history, passing Juwan Howard.

Although Haslem said he was encouraged by Spoelstra to return during his exit interview just a few weeks ago, he cannot technically discuss terms of a new contract until the November 20 start of free agency. At that point, he is eligible to sign for the $2.6 million veterans minimum, which will be roughly the same type of contract as he has been under in the past few seasons.

Haslem declined to say if this will be his final season. What’s certain is that his leadership will play a huge role in the Miami Heat making another run at a title in the 2020-21 season.