Udonis Haslem Likely To Return To Heat For 17th Season 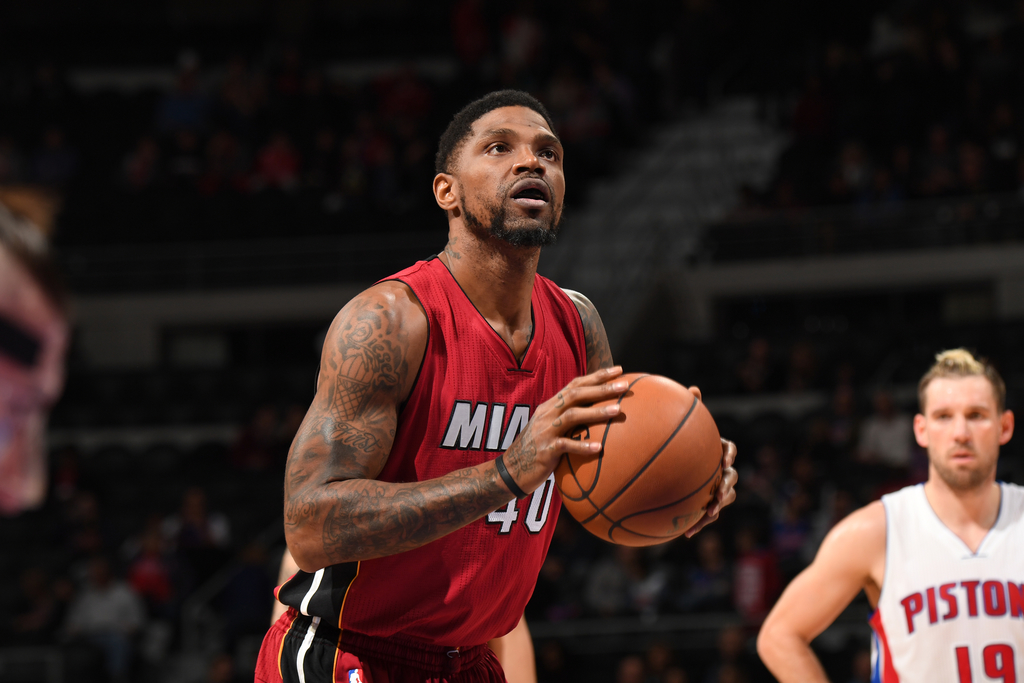 The Miami Heat opened the 2003-04 season with three rookies on the squad: Dwyane Wade, who was selected No. 5 overall; Jerome Beasley, who was selected No. 33 overall; and Udonis Haslem, who was signed as an undrafted rookie. Chances are you didn’t have the 6’8″ Floridian power forward as the player who would be the longest-tenured of that group, let alone the longest-tenured player in Heat franchise history.

Haslem defied the odds and it appears he’ll continue to do so for at least one more season. Barry Jackson of the Miami Herald hears that the Heat are expecting him to return for a 17th season with the franchise. While no decision has officially been made, Jackson also hears from someone close to Haslem that the veteran will return to Miami.

The Heat waived Yante Maten last week instead of keeping him past his deadline where $50K of his contract would have been guaranteed. Jackson writes that Miami made that move with Haslem in mind. If the power forward doesn’t return, then the team would be in the market for another veteran.

“It makes sense why most think I should retire at 39. Cause most would.” Haslem said in June via Instagram. “Cause most are average minded. Most don’t look like this at 39!

“…So y’all keep worrying about the last spot on the roster while I sit back and stay ready so I don’t gotta get ready. I’m not saying I’m playing next year but if u with me then u will support whatever I do!! Not tell me what to do!!… You out your … mind if you think I can’t still play this game. I’ll sleepwalk into a double-double cause I’m just built different!!”

Haslem has been a leader for the Heat off the court and the franchise values him in that role. The team’s 15 roster spot is his if he so chooses to return.