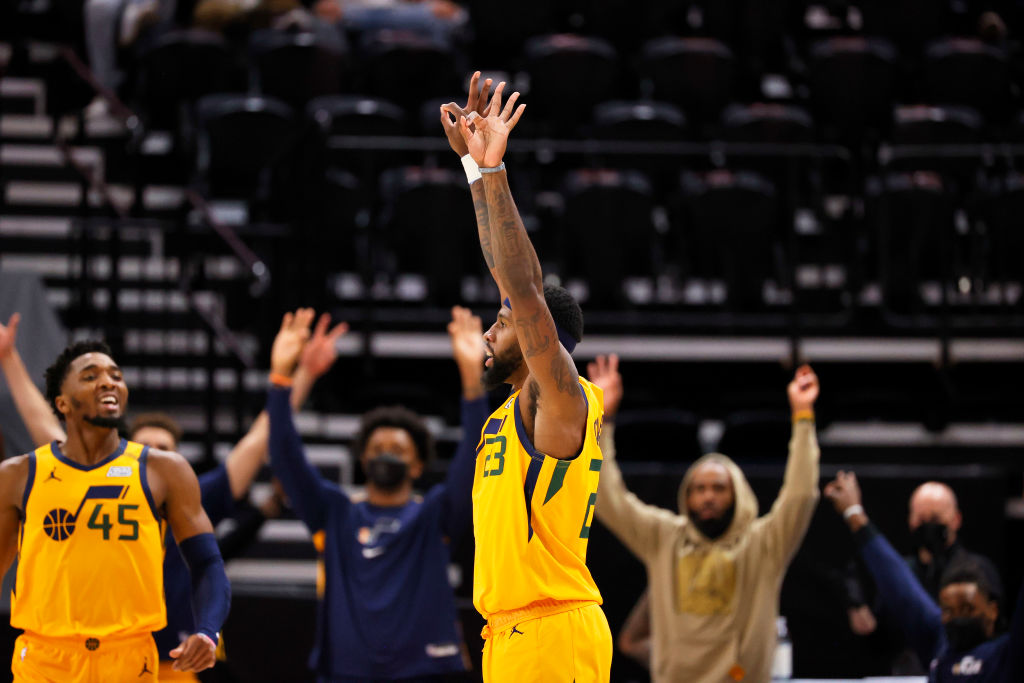 The Utah Jazz had a scary moment on Tuesday, as their charted flight to Memphis was forced to make an emergency landing shortly after takeoff due to engine failure.

Below you can see pictures of the plane after it struck a flock of birds, causing the engine failure. The Jazz would land safely back in Salt Lake City following the hair-raising spectacle, per TrueHoop’s Henry Abbott.

Many Jazz players tweeted after the incident, including Donovan Mitchell, Rudy Gobert, Jordan Clarkson, Royce O’Neale and Mike Conley, with Abbot noting that that Jazz players were “rattled” by the chain of events.

The Jazz will still face the Memphis Grizzlies on Wednesday, Mar. 31, as Utah looks to improve upon their league-best 35-11 record.