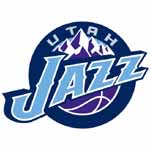 One day after word broke that several Utah Jazz players were being questioned as part of an investigation into a sexual assault at their hotel in Portland, there’s a bit more detail available today.

According to the Salt Lake Tribune…

Police in Portland questioned several Jazz players Monday after a woman at the RiverPlace Hotel was reported to be in distress through an anonymous phone call. While the investigation is still ongoing, police said they have no reason to consider any of the Jazz players as suspects at this point. Police also said the Jazz players were cooperative during the interviews, but the woman was not cooperating.

“Because she isn’t cooperating, we have nothing to do; we don’t even know if there was a crime committed,” said Sgt. Brian Schmautz, a public information officer with the Portland police. “We still have to go ahead and try and collect evidence in case someone comes back to us in six months and says, ‘This happened, I just couldn’t talk to you then.'”

The entire thing is sort of murky. Were there Jazz players involved? Were the Jazz players just witnesses to an incident that happened to occur in their hotel?

This is pure speculation, but my initial reaction is that there must be something more going on there than just incidental involvement from the Jazz, because Jazz president Kevin O’Connor is quoted as saying, “Let’s let it flush out and see what comes up. We’ll deal with it then.”

Meanwhile the Portland police “If something like this happens in a neighborhood, then we’d go knock on doors,” he said. “They were cooperative and polite and we’re not suggesting they are suspects.” But you’re not saying they’re not suspects either.

I guess we’re going to have to wait for Canzano to break some news here. I’m a reader of his blog, you know.