Karl-Anthony Towns, the book for you is... "The Wu-Tang Manual" by the RZA. 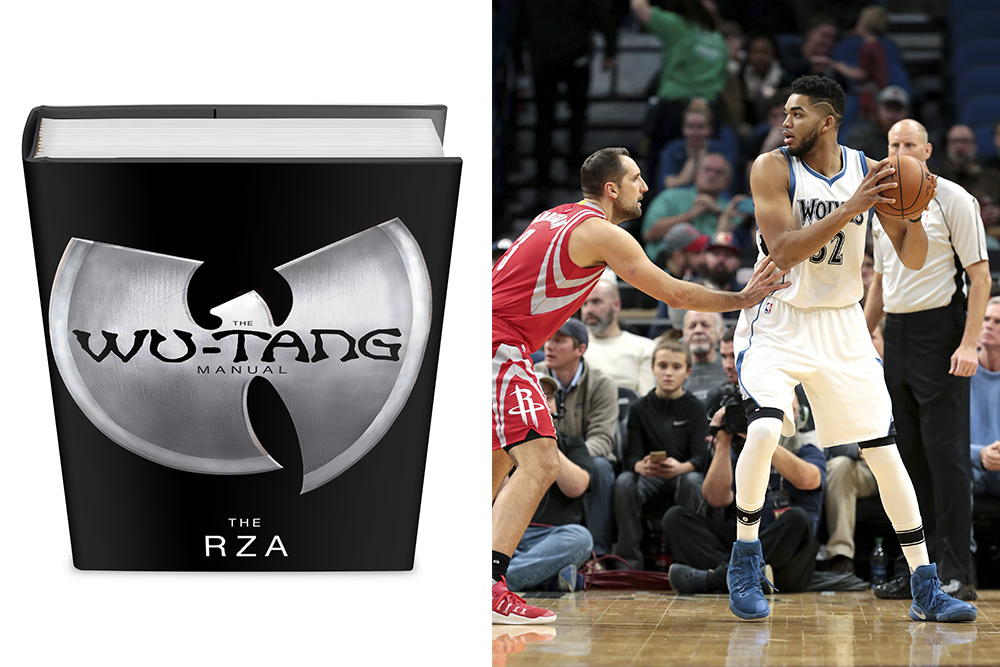 This month’s book is one of the great strategic planning texts, The Wu-Tang Manual, by producer mastermind The RZA and Chris Norris. Much like the Wu in the early ’90s, the Wolves are up and comers, unlikely to make a splash while corporate industry giants like Golden State, San Antonio, even the Clips will be there. Karl-Anthony Towns, as the brightest star on the Wolves, this book’s for you.

RZA laid out a plan for conquest that bore fruit in the mid-’90s. Read about it in this manual, broken down into 36 chambers. His career began as fake smiling cornball ladies’ man Prince Rakeem, forced to make terrible radio-friendly songs, which must be what it’s like to go from domination at Kentucky to lottery-bound chaos. Sure, times are tough now, as you go through your growing pains. You have big nights now and then, but you are not ready yet, a lesson learned somewhere in RZA’s philosophical and business musings.

The Wu-Tang Manual is all about having a greater plan for the future. Karl, you’ve already begun to cultivate a reputation as being “different” from other future stars. One day you’ll become a playoff staple, an MVP candidate, just like Prince Rakeem went on to become the RZArector Ruler Zig Zag Zig Allah, whose running mates GZA, Ol’ Dirty, Method Man, Rae and Ghost could’ve been first team all-rap from ’93 to ’96, maybe a precursor to the Towns-Wiggins-Rubio Wolves. KAT, as you adapt, it’s the perfect time to refine your strategy. Read this and soon you’ll be writing your own manifesto.