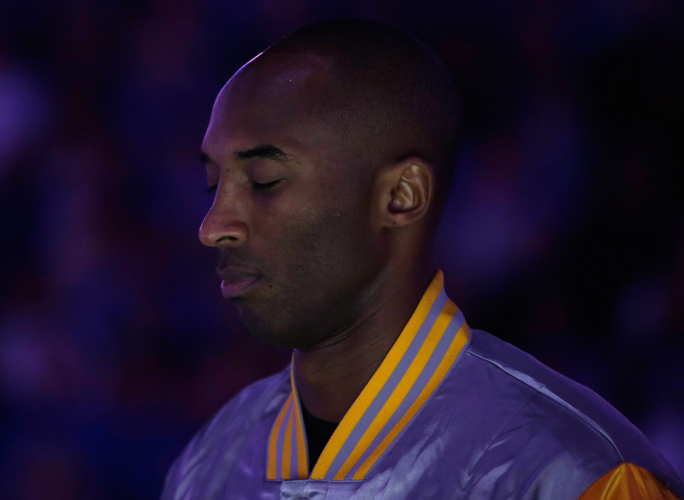 Kobe, always the focal point. So many people have advised you, yet you still seek knowledge. Why should you read Bram Stoker’s Dracula? Count Dracula has what you seek: immortality. He must always chase the next high. For him it’s blood; for you it’s championship trophies, wins, points and respect. Be careful what you wish for, though. The insatiable Dracula becomes a prisoner of his own will to dominate.

The story is told through the perspective of different characters writing each other letters. Count Dracula’s obsessive fan Renfield is like your legions of supporters and disciples. Characters such as Jonathan Harker, Dr. John Seward and Quincey Morris are the pesky little people who annoy Kobe Bryant with their irrelevance. Nobody remembers any of them; the only other character with any staying power is the great nemesis, Dr. Van Helsing. The count is based on a mash up of real conquerors like Vlad the Impaler and Countess Bathory, colored with mythology, much like your life.

Your recent Sports Illustrated profile referenced Twilight, a popular book series written by a woman who admits to never having read Dracula by Bram Stoker. To put it in your terms, it would be like training to be an NBA shooting guard, choosing not to watch Jordan highlights. You need to study the masters to build upon their greatness. Now, Dracula is commonly thought of as the most evil, sadistic character out. He’s pretty smooth though, and downright charming. Isn’t this the persona you have been crafting in your later years? He sleeps in coffins lined with earth from Transylvania, avoiding garlic, crosses and mirrors. You’ve been accused of equal weirdness, but you gotta do what you gotta do to be great.

The only way to kill Dracula is with a stake through the heart, and even then you better not miss. The same has been said about the indomitable will of Kobe Bryant. People have been writing you off: You’re too old, you’re injured and your team is no good. They have been trying to bury that stake in your heart. As you keep your aging body going this season, there will be hundreds of hours in the training room where you can make your way through this gothic horror classic.

One note: Do NOT see the new Dracula prequel movie under any circumstances.

Previously: Andrew Wiggins x The Call of the Wild