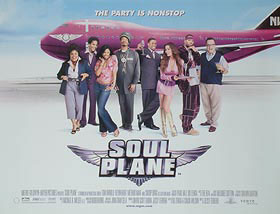 Once I watched how lame the pre-game show was I really hoped that the actual game itself would at least be respectable. I’ll be honest I barely know who Wayne Newton is. I know his name because it exists in the pop culture stratosphere but I can’t tell you anything about him. I don’t know how it looked in television but in the arena he looked like a freakin wax figure. He’s really not much of a singer either although everyone kept telling me he’s a legend. I asked Sam what song he was known for and he said “Viva Las Vegas”. Isn’t that an Elvis song? Why is this Newton guy famous for singing another persons song? He sucked and I can’t put into words exactly how much.

The game itself of course was a bore; the worst played All-Star Game that I can remember. It was never close and the crowd soon lost interest. Nash and AI were sorely missed, as their energy level and creativity would have made it a better game. The crowd clapped for the celebrities and the random excitement that resulted from a dunk here and there but the 1st half of the game was a joke. I didn’t even want to watch halftime. Toni Braxton? In 2007? Really? Is this the best they can do? She hasn’t has a hot song in years. Not like 1 or 2, I mean like 7 years. The second half was even worse and I asked everyone had there ever been an ASG in which the crowd booed? Everyone was pretty certain it had never happened so I was pretty excited that we would see witness history. Alas that didn’t happen, but the game was surely boo worthy. By the 4th quarter people were visibly annoyed. I started reading the Slam blogs and didn’t feel bad about that at all.

After the game we all went to the post game press conferences and I talked to some guys for the story I’m working on. We then made our way to the MGM where we split up. I went back to my hotel (NY-NY which by the way has a real roller-coaster on its premises) and changed clothes. I went to the Mirage where there was a Stuff Magazine/Lamar Odom party. It was cool but real industry at first. I caught Slam affiliate and party starter Arash Markazi there as well. We both kinda shook our shoulders at the Dj who was really struggling to move the crowd. I met up with the misses who was there for work purposes in VIP so I went up there for a while. But Vip was on some sausage factory sh—and I even asked the misses what was up with that. She agreed saying they could at least grab some chicken-heads out the crowd and bring them up there. As with most industry situations mf’s don’t dance and for me that’s a no-no. Especially once the dj got his balls back and stopped playing that pop nonsense and hit us in the head with some officialness. Can’t recall who the Dj was but once found his groove he did his thing. Stayed there until about 2:30 and went back to the telly to sleep since I anticipated a long travel on Monday. Yeah I was right btw.

So I took a taxi shuttle to the airport and around 9:30 just to be on the safe side for a 12:57 flight. Once there though, I realized that even I wasn’t safe. The lines were documentary worthy especially the Southwest Airlines joint. It was monstrous. 4 hour wait it seemed, deep with people cursing and crying and trying to cut and complaining and confused. The Slam crew was booked on America West so our line wasn’t quite as long, maybe an hour. Branden Peters (XXL) was with us but on another flight and he was having troubles. (He’s at the office now so he made it but my man gotta story to tell) We got through baggage fine and through the security gates with the quickness. We even had time to sit down for lunch. We were feeling ourselves a little bit and thinking that the worst was over.
Of course we were wrong or I would have ended the blog right there. So we’re on the plane in the seats right behind 1st class (right behind Nets decision-maker Rod Thorn) and I’d forgotten that since there is no seat in front of us you are not allowed to have any bags down there. The stewardess came up and went on and on about the rule and because she was so long-winded I missed the main point. So I asked her “basically I need to move my bag right?” and she said yes. I replied “cool that’s all you had to say.” Then she went off. She started rambling and I thought maybe she misconstrued what I said. So I told her that I didn’t mean it in any kind of rude way. But it was too late. She was “I’ve been married for 10 years so I know how to handle situations like this. You done messed with the wrong sister” and on and on she went. Meanwhile I’m looking at her like B—- you lucky we’re on this plane. I ‘m not stupid so I wasn’t gonna engage here so she could put me off the plane. So I just took it and shook my head. She was the stereotypical loud black woman and it was pretty embarrassing for her.

We couldn’t take off because we had to stop in Phoenix and it was thunderstorming there so we just taxied the runway for and hour and change. Then some guy behind me asked that crazy stewardess if they were bringing out the food/drink cart and she said they couldn’t until they were airborne and that he could have water only. He asked if he could have something else and she replies “Water or nothing!!” incredibly loud. I mean she was literally crazy. It was like the movie Soul Plane (which I’ve only seen half of btw so don’t hate) or a bad sitcom. We kept doing the taxi thing and the crew told us that if they were gonna go it would have to be fast. So when it was time to leave the stewardess’ ran through the cabin screaming at people to throw all garbage including cups of water they had just passed out. There was a pregnant woman who resisted and the other stewardess yelled at her and demanded she give her the cup. Understand, they took water from a pregnant woman. It was savage-like behavior. We finally left and went to PHX and people who needed to connect deboarded. Because we were late we were not allowed to get off. I wanted some snacks but it wasn’t a big deal. I tried to take a nap then a woman with an ugly and crying baby came on board and sat on our row right next to Lang. The kid was wailing super loud. I hate to say that the baby was ugly but wow. Sam mentioned that the mom wasn’t so hot herself. The crying was epic but there wasn’t much we could do about it. We finally left for NY and touched down in JFK around 12:30 at night. Crazy times.