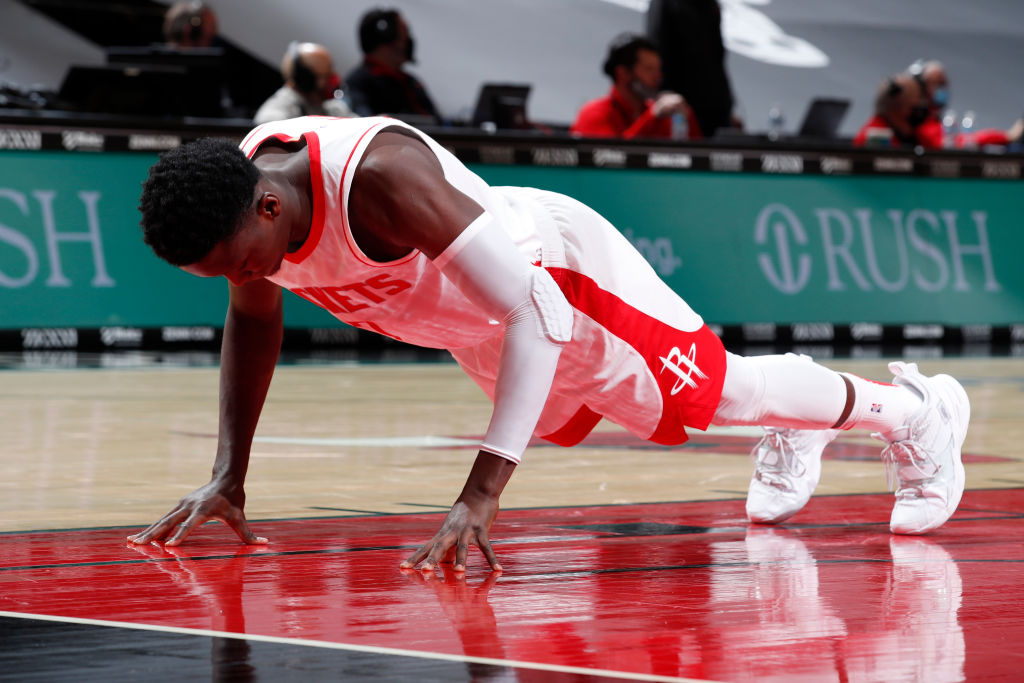 As the newest member of the Houston Rockets following the James Harden trade, Victor Oladipo made his debut with the team on Monday night. He had an extremely impressive outing as he finished with 32 points, 5 rebounds, and 9 assists for the Rockets.

While it’s been reported that Oladipo would still like to play for the Miami Heat at some point, his comments after the game made it sound like he is excited about what the Rockets are building long-term. Oladipo spoke to Tim MacMahon of ESPN and other members of the media postgame and said that he is looking forward to the days ahead in Houston.

“I know that better days are ahead for the Houston Rockets, and I’m looking forward to being a part of those special days.”

The Rockets have entered a re-tooling period following their recent trades of Russell Westbrook and James Harden. They’ve been able to not only acquire a haul of draft picks, but also put together a talented core of Christian Wood, John Wall, and Victor Oladipo in the process to stay competitive.

As he plays out the final year of his contract in Houston, it will be interesting to see what Oladipo does in free agency this offseason and whether he becomes a member of the Rockets outside of just this season.