Victor Oladipo: ‘I’ll Be Back Better Than Ever’ 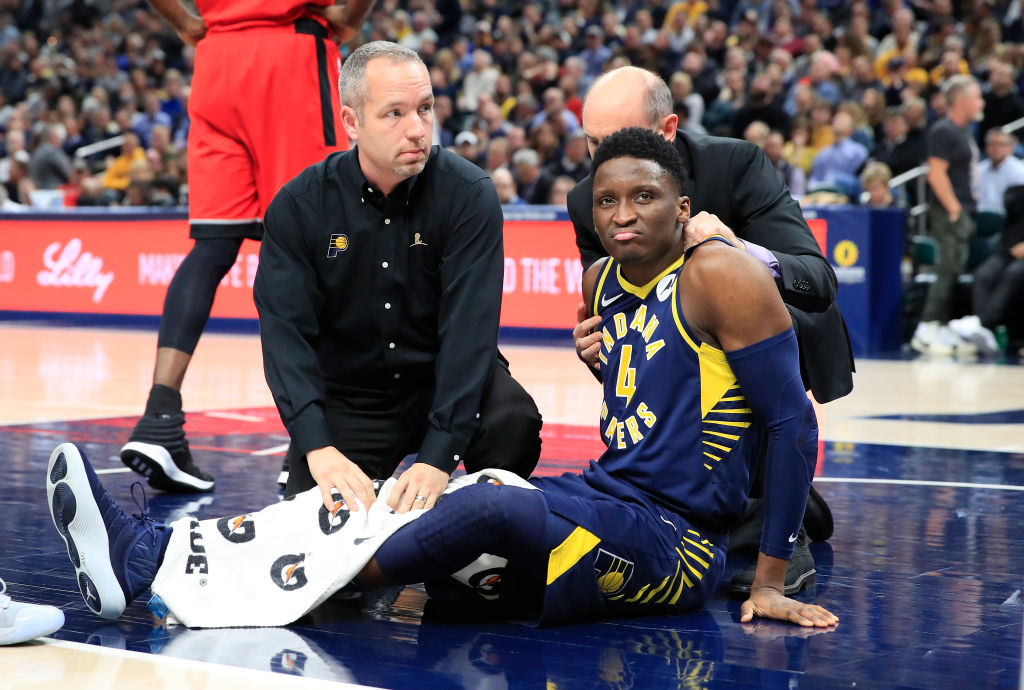 Victor Oladipo assured Pacers fans Monday night that he will return to action “better than ever” after undergoing successful right knee surgery.

Oladipo, 26, suffered a ruptured quad tendon in his right knee last Wednesday, bringing an end to his season.

No timetable has been established by Indiana’s front-office for the All-Star guard’s return.

Victor Oladipo underwent successful surgery today to repair a ruptured quad tendon in his right knee. He is expected to make a full recovery. https://t.co/RXMHEM1kpy pic.twitter.com/a6ZtR7G2N7

Per The Indy Star:

“Just wanted to thank you all for your prayers, all the love you guys have shown me,” Oladipo said in a video shown before tipoff. “Shout out to all the fans.”

Oladipo underwent surgery Monday for a ruptured quad in his right knee that ended his season.

“The surgery was amazing, truly a success,” he said. “I’ll be back better than ever. Everybody stay feathery. Shout out to all my teammates, man. Keep pushing, man. We got it.”

He also pointed toward the floor the way he does after hitting clutch shots, as if to declare, “This is my city. You already know what it is.”