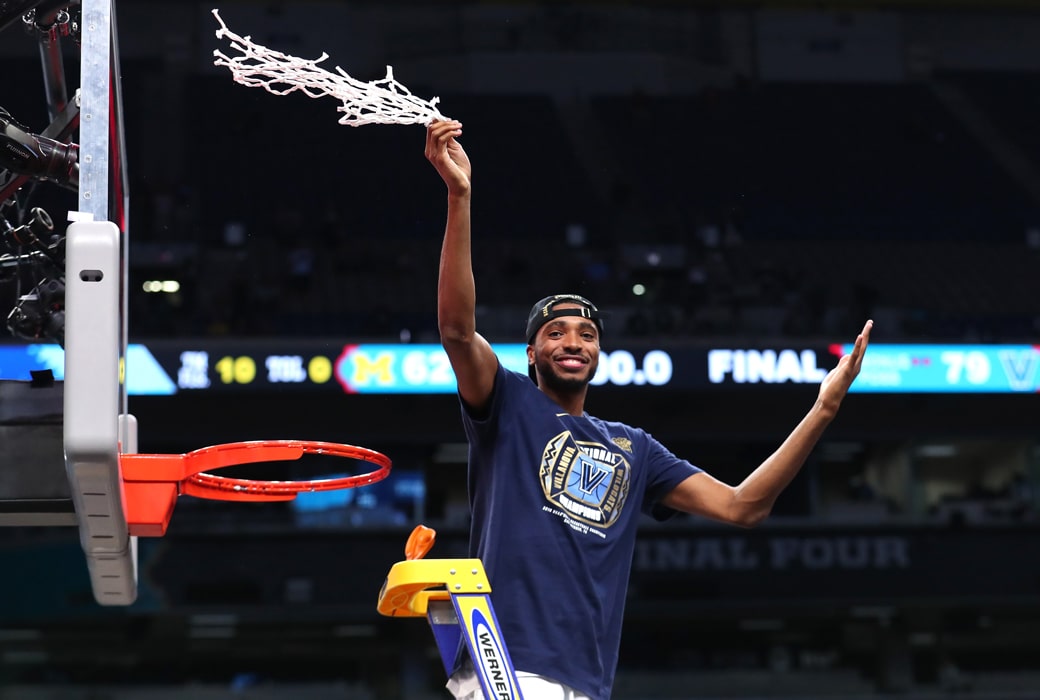 The 6-foot-7 versatile forward, who won two national championships at Nova, is projected to be a lottery pick come June. He spoke to ESPN‘s Adrian Wojnarowski about what he brings to the table:

“I bring winning to your team,” Bridges told ESPN. “I learned about that at Villanova, what is a winning, championship atmosphere and what you’ve got to do to achieve it. You have to always be locked in. Two championships in three years — not a lot of people have done that.”

“There’s space in the NBA on the floor, and there’s this move toward position-less basketball that I fit into,” Bridges told ESPN. “I can shoot the ball. I can defend. I can move without the ball. I’m progressing in my game, getting better through work every day.”

Bridges claimed the 2018 Julius Erving Award as the top SF in college basketball, averaging 17.7 points and 5.3 rebounds on 51 percent shooting from the field and 43.5 percent from three.