How Vinsanity Nearly Never Was 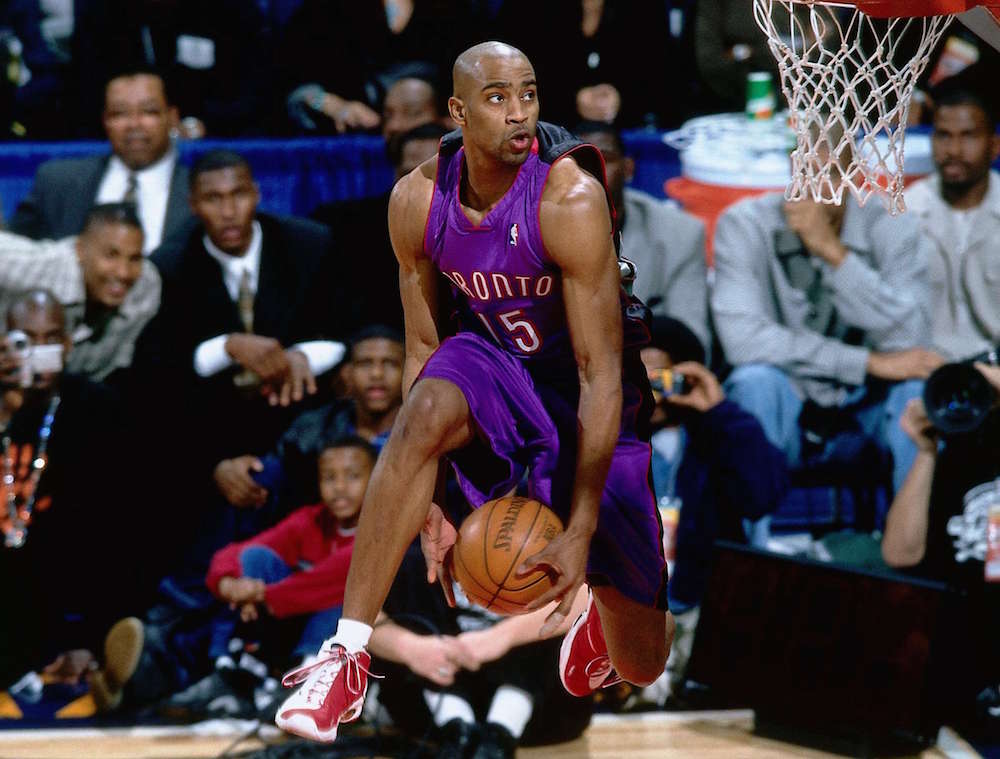 Canadian basketball was an afterthought.

For years, The North had little juice, hoops-wise, with the exception of a Victoria, BC native with a swashbuckling game by the name of Steve Nash.

But then the Raptors acquired Vince Carter in a Draft day trade in 1998, and bball in our neighboring country rose to new heights—literally. With every above-the-rim magic trick, Carter earned “favorite player” status with another local kid and turned another casual adult fan into a Raps die-hard.

The course of Canadian hoops was changed forever.

Some fans are still salty at VC’s departure for New Jersey in 2004, but one could make the argument that, if it weren’t for his six seasons in a Raptors uni, Toronto wouldn’t be hosting All-Star Weekend in 2016. Hell, the franchise might’ve even dipped out from T-Dot if it weren’t for Carter.

With time, those wounds will heal. Or perhaps already have.

The crowning achievement in Vinsanity’s career was the 2000 Dunk Contest, in which he put on the most bonkers show of any winner to date. That night, the roars inside Oakland Arena could be heard from Alcatraz. Makes you wonder how Twitter would’ve reacted if it had existed for Carter’s aerial chef-d’oeuvre.

Craziest part? Carter almost didn’t show up to Oakland Arena at all that night. Before a December 2015 game between the Grizzlies and Wizards, the 19-year vet explained how he almost botched what turned out to be a defining moment of his career.

“There was so much controversy as far as us getting there,” Carter told SLAM. “Our driver that was supposed to take me there didn’t show up. So we had to bum a ride from [the hotel] in San Francisco to the arena in Oakland, and we got there late—Tracy [McGrady] and I.”

Carter had practiced his dunks for about a month prior to All-Star Weekend with McGrady, his cousin and teammate. But on the night of the contest, Carter decided to scrap everything they’d worked on. Instead, he dunked with pure instinct and in-the-moment creativity.

The decision paid off, to say the least.

VC won in commanding fashion (“It’s over!” will live on forever), leaping out of his red-and-white AND1 Tai Chis to beat a stacked field of McGrady, Larry Hughes, Jerry Stackhouse, Ricky Davis and Steve Francis.

“I got the chance to fulfill a dream,” Carter said. “Of course, being in the NBA is above and beyond, but that was also a dream of mine to be in a dunk contest. And to be able to win and hold the trophy up…holding the trophy up, shaking David Stern’s hand—all of that stuff that actually came to fruition. That was the best thing of all.”