The first issue of SLAM that I worked on as a full-time staff member (I was even in the little contributor’s box at the bottom of the page, which was called “Players” back then) was Ish 22, which dropped in the fall of ’97. As you may remember, that cover featured Rafer Alston, whom we were touting as “The Best Point Guard in the World (You’ve never heard of).”

I had joined the SLAM team with an encyclopedic knowledge of Mark Jackson’s life, Michael Jordan’s playing career and the ’90-97 Nets. I think I knew as much about New York City streetball as any Westchester-reared kid (who had just spent four years of college in Washington, DC, no less), but all that meant as far as Rafer “Skip to my Lou” Alston was a name. A rumor. At that point, I’d never seen him play in person. But my predecessors at SLAM, they knew all about this kid…his spotty high school career, his already legendary Rucker Park career. Best believe I studied up. By the time Scoop Jackson wrote the cover story to the first-ever STREETBALL issue in 2003, I’d seen Rafer play for the SLAM team at Rucker Park and I knew his story front to back. Learning it was like a rite of passage.

This spring, as we plotted out this very fun throwback issue, I just knew Rafer had to be part of it. And I knew, having done my SLAM homework over the years, that I was the one to write it.

While I haven’t spoken directly to the fresh-out-of college members of the SLAM staff about this, I’m pretty confident they’re going to follow a similar path, whether it be with Rafer or other subjects in this issue (did we really track down relatively reclusive former stars like Chamique Holdsclaw? Keith Van Horn?? DaJuan Wagner??? Yes, yes and yes.) We also got a great Darius Miles story despite his unwillingness to talk, and an absolute treasure of a Vince cover story by the one and only Russ Bengtson. These are names young SLAMmers know from growing up as fans of the game. But do they know the stories behind these players? They will now. And all of you will, too.

The only qualification for inclusion in our feature well this month was that the subject had to have appeared on a SLAM cover (except for the “New School” piece on Seventh Woods we blessed you with; no need for an “Old School” feature when the whole issue is filled with those). If y’all like how this Ish turned out, we’ll definitely bring it back next year; there are plenty more former cover subjects who are well worth catching up with. 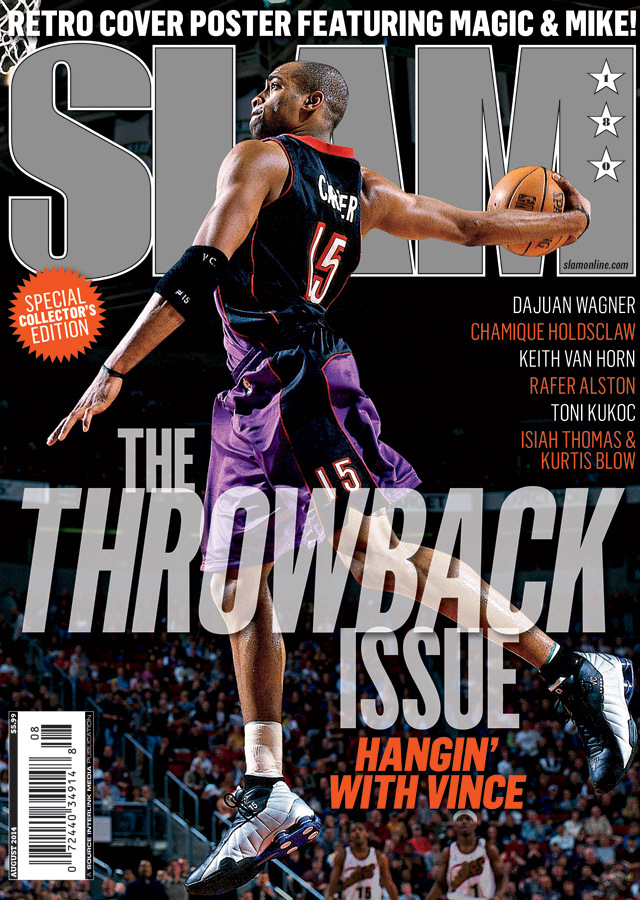 Don’t Miss the Forest For the Trees