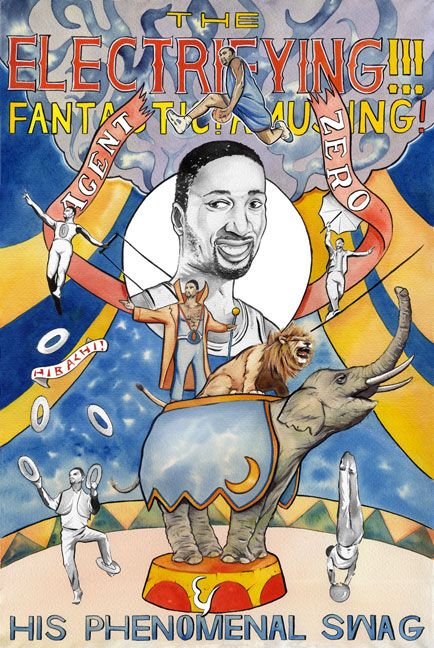 It’s hard for me to know what to say about what happened yesterday at Virginia Tech. Sure, I can assemble all the horrific facts: 33 people killed, at least 17 injured by the shooter, countless others injured while trying to escape. But the basic numbers tend to initially overwhelm and then numb us. The thought that there’s 33 sets of parents, including the shooter’s parents, who lost someone dear to them, that they brought into the world, is what eats at me and should continually break all of our hearts.

Honestly, I don’t even really want to talk about this. I suppose there’s a part of me that hopes that if I ignore it, everything will just go away. It won’t, obviously, but I wish it would. Do my opinions about this even matter? I’m no more qualified to speak about it than any of you are. We all feel terrible about it, I’m sure.

I can say, however, that in the midst of all the headlines and “experts” on TV talking ad nauseum about gun control and safety issues and all of the underlying issues, it’s easy to let what happened get clouded. Instead of trying to figure out motives or blaming people for not sending out emails or whatever, first and foremost let’s all try and remember the people who were lost and the lives and loved ones they left behind.

• Moving on to the NBA, for all you Wizards fans, Linkstigator Joel Kimmel sent along this painting of Gilbert. “I wanted to depict Gil as the incredible performer that he is, designing the piece as a circus poster,” Joel says. “If you want to see more of my basketball portraits, please take a look at my website for Carmelo, Dirk, Steve, and KG.” Pretty cool, I thought. Joel, if you don’t get a mention in the DC Sports Bog, Steinberg is slacking.

• The NBA has suspended Joey Crawford for the rest of the season and the Playoffs. What’s surprising about this is that they came out and announced it, even putting a release on NBA.com. Referees are disciplined from time to time, but their punishment is usually kept on the hush. So why would the NBA suddenly come out swinging like this? Maybe because the Playoffs start in a few days and the David Stern Robot wants people to think that the L would never fix a game?

Nah. Of course not.

I do like how Duncan admitted that he did call Crawford “a piece of sh*t.” Duncan’s going all gangsta on us.

• LeBron has unveiled a new three-point shot just in time for the Playoffs. More players need to unveil drastic alterations to their games right before the Playoffs, instead of just growing beards or wearing black socks or whatever. (By the way, if you had tp pick someone to copy your new jump shot from, would Ira Newble really be your first choice?)

• About four months ago, I mentioned in passing that the Hawks were getting new uniforms next season, and then was told I wasn’t supposed to know anything about them. Well, I did know about them. And now word is finally starting to filter out to the message boards as people are getting glimpses. The Hawks are finally dumping the yellow/red color scheme, which is waaaay overdue, since it makes them look more like a fast food restaurant than a sports franchise.

The Hawks are going to blue, red and white, which is actually the franchise’s old colors. I know a few people who’ve seen the new uniforms and reactions have been mixed. One person who saw them last week said they were hot. But to me, anything’s better than what we have now. I’m hoping the new jerseys take some cues from their first jerseys in Atlanta.

• There’s a bit in this story that’s hilarious. The story is all about what a great leader Brandon Roy has become for the Blazers in only his rookie season. (To be fair, the team’s previous leader was Zach Randolph, and whenever your team leader is accused of running a train on someone in court documents, it’s probably not that tough to take the lead. Er, regarding the leadership, that is.)

Anyway, everyone in the story raves about Roy and talks about what a great player and person he is. And there’s a story about how he stood up to Randolph after one game, like that was kind of the passing of the torch between the two. His teammates and coaches all remember that crucial situation, the moment the franchise went from being Jail Blazers to Trailblazers…well, everyone remembers it except for one guy:

“I remember it, but I came in a little late,” Jarrett Jack said. “But that’s Brandon. He’s outspoken when he needs to be.”

• QUOTE OF THE DAY:
REPORTER: Is it important for you guys to see how your small lineup works against the Mavs?
DON NELSON: “I’m impotent, too. I just went to the doctor, he told me I was impotent so I went out and bought me a new suit.”

• The Sonics might be getting set to blast off to Oklahoma City. As long as they take Lenny with them.