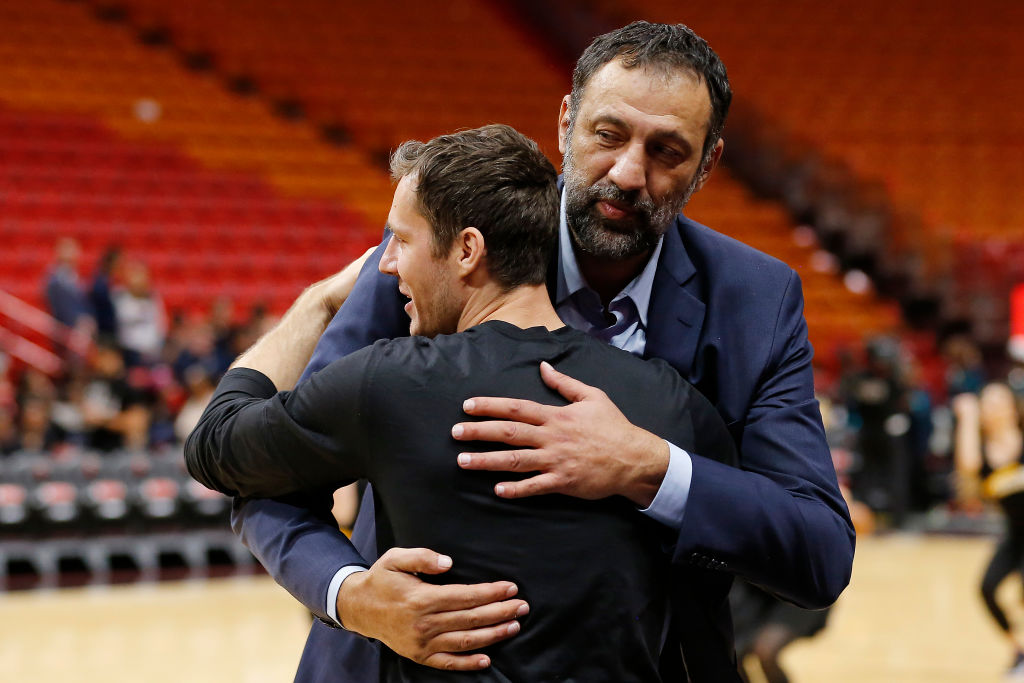 Sacramento Kings general manager Vlade Divac has stepped down from his position, Sam Amick of The Athletic reports. He’ll be replaced on an interim basis by team advisor and former Detroit Pistons general manager Joe Dumars.

Divac had been involved with the franchise since 2015, bridging the DeMarcus Cousins Era to today. Divac oversaw the team’s decision to trade Cousins back in 2017 and their 2018 decision to draft Marvin Bagley III over Luka Doncic.

While that last decision especially will haunt Divac’s legacy, there’s no denying that the Kings of the past two seasons have been the most formidable they’ve been in some time. Despite recording their best win percentages of the past decade in 2018-19 and 2019-20, Divac’s run has ended.

The incoming general manager will inherit a Kings team with intriguing young assets like De’Aaron Fox, Harry Giles and Bagley III, as well as several veterans on significant long-term contracts. Buddy Hield and Harrison Barnes will earn over $150 million between now and 2023-24.

Stepping into the interim general manager role is Dumars, who joined the team last summer. Dumars was the architect behind the 2004 NBA champion Pistons but fell out of favor toward the end of his run with the franchise and stepped down in 2014.

Marc J. Spears of ESPN reports that Dumars could potentially be considered for the full-time general manager role if he’s interested.