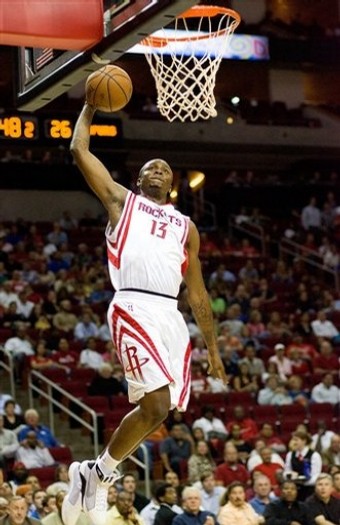 Hours after Eddie House decided to spurn offers from numerous teams to join the Miami Heat, reports surfaced that the Boston Celtics had countered by signing guard Von Wafer. And though the Celtics have yet to confirm the deal, an hour ago Von Wafer told SLAM that he has an agreement in place to play for Boston this coming season.

Coming off of a turbulent 2009-2010 campaign that began with him in Greece and ended with him returning to the States well before the end of Euro League play, the 6-5 Wafer is glad to be playing ball on this side of the Atlantic again.

Two seasons ago, by dint of his above average jumper and strong forays to the cup, Wafer averaged 9.7 ppg in just 19.4 mpg for the Houston Rockets. While it’s unclear what his exact role will be with the Celtics and how much scoring they’ll be looking for out of him, after a conversation with Coach Doc Rivers, Wafer sees himself filling in wherever the team needs.

“I just hope to help the team,” says the 25-year-old over the phone. “I’m all about the team first. I want to do anything I can to help make this a better team. Coach Rivers said, ‘If you’re not going to be a team player I don’t want you here.’ So I’m just gonna do my best to help make us a stronger group.”

The former 39th overall pick becomes the second Boston Celtics to hail from Louisiana, joining Glen “Big Baby” Davis—though he hasn’t yet had the chance to speak with any of his new teammates.

“I haven’t talked to them,” says the former Florida State star, “but I have a relationship with Paul Pierce and Big Baby.”

Currently in Los Angeles, VW plans on flying out to Boston early next week.

“I’m gonna leave Sunday,” Wafer says. “Then I’m gonna stay up in Boston, try to work with the coaches to get familiar with the defensive schemes, learn the plays and get more familiar with everybody up there.”

While Wafer isn’t as well known as some of the other wings Boston’s rumored to have looked into—Roger Mason Jr. and Jarvis Hayes are two examples—his combination of size, ability to hit threes and attack the rim is as good if not better than almost all the other players still on the market.

Von is expected to join Nate Robinson, Marquis Daniels and Avery Bradley in the rotation of guards coming off the bench.

Assuming Luke Harangody signs with the team—as is expected—Boston now has 14 guaranteed contracts for the 2010-11 season. A group of 14 that Wafer thinks can contend for a championship.

“You know [we’re] right there,” assures the man who weighed offers from Chinese teams in the not to distant past. “They were maybe one injury and a few shots away from winning a championship last year.

Though we’re in the summer lull, Wafer’s already anxiously waiting for the season to get started.

Wafer hopes to wears No. 13, Shelden Williams’ jersey number this past season. If he can’t wear 13, he may have to change his Twitter handle.