Waiting for the Finals: Day 1 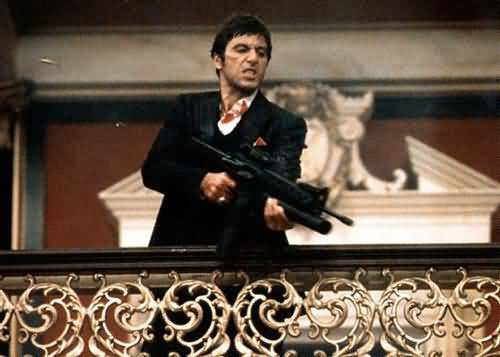 Last week, after LeBron’s 48 point explosion, I shared an elevator with the greatest basketball mind at Harris Publications. He is SLAM/XXL/KING fashionmister Coffee. A fashionmister is a male fashionista, if you are not familiar with the term. Anyways, we were in the elevator and I was babbling about the LeBron game from the night before and his response was “Oh? They’re gonna get swept like Shaq against the Rockets.”

Agreed. The comparison makes a lot of sense. Hot young star expected to carry the publicity of the league. Often accused of having too many interests other than being on a basketball court. Shaky free throw shooter. Going up against an underrated great team and all-time legend. There are worries about if the young superstar will leave his smaller market for someplace like Los Angeles or New York (Brooklyn).

Who will be the Cavs Nick Anderson? Is Larry Hughes still around?

The Cavs should just be happy to be there. They are a few years ahead of the curve on their growth chart. LeBron backed up the game 5 for the ages with an intelligent performance in game 6, designed to beat the double teams that the Pistons put to use a little too late. Vincent came through with another extra-thorough game recap of the Saturday night clincher. With Game 1 three days away, we have plenty of space to fill. Lang is going to every game of the Finals, and Ben will join him in San Antonio for games 1 and 2. I’ll be in Cleveland for games 3, 4, and if it goes that far, 5. Khalid will join Lang in San Antonio for game 6 and 7, if there is such a thing. We’ll have plenty of Finals coverage.

I celebrated LeBron’s ascension to The Finals by living the life of a Nike sweatshop worker yesterday. Long story short, there are lots of extra holes in my apartment walls but there are finally curtains hanging up. Very exciting, I know.

Cleveland could pull off the upset, I suppose. But not really. Mike Brown is making the jump from facing Flip Saunders to facing Popovich. This could get ugly. Maybe the Spurs will have one of their off games and the Cavs can steal one, but it’s hard to see any scenario with the Cavs winning. I remember last year, after playing too much God of War, writing a whole column about how Miami would win the Finals because of destiny and storylines. Here is that column, which appeared on the old site but was updated in translation. See? Sometimes you just have throw everything you think you know out the window. Sometimes things happen just because. Experts tend to over analyze. Last year everyone was gushing about how Miami would have no answer for Dirk, and there was no way Dirk would score less than 35 a night. Yeah, well that did not happen.

Cleveland is in a similar place to where Miami was last year right now. You can’t really make a logical argument for why they should win, or even drag this thing out as far as say 6 games. But sometimes weird things just happen. Either way, it’s been a great season for the Cavs, even if they get swept with the quickness.

And now, for your good bye send-offs to all the losers. The Detroit Pistons were meltdown city with Rasheed leading the way. Double technicals, old school Rasheedionics. Not the best sportsmanship. It continues the trend we’ve seen from the Utah fans, the whining Suns (even if you think it was justified), the flagrant fouling Warriors, the quitting Mavs, and so on. Lose with dignity if you have to lose at all. Or don’t lose, you losers.

Even though we’ve enjoyed the LeBron show and it’s supposed to be the best thing for the NBA to have a famous face and electric performer like him in the spotlight, let’s be real about something. Next Sunday night is game 5 of the Finals, if it goes that far. The Sopranos series finale will be on HBO at the same time. Predicted TV viewing audience for game 5 of The Finals: 3 or 4 homes.

And here is your token Sopranos mention. SPOILER ALERT IF YOU HAVE NOT SEEN LAST NIGHT’S EPISODE DO NOT READ THIS: I love the tribute to all of the gangster classics from the past. It seems to be following the original Godfather ending with the consolidation of power, but my favorite part was the very end with Tony in the room by himself with the M-16 or whatever that is. Say ello to my little friend!!! LeBron is going to have to shoot like Tony Montana (Soprano?!?) to make the Finals competitive. Also, A.J.’s new ladyfriend from the psych ward reads the same kind of books that my girlfriend does, in this case Me Talk Pretty One Day by David Sedaris. Uh oh.

Any updates on Billy Donovan? No? Yes? Whatever.