I came, I saw, he conquered. 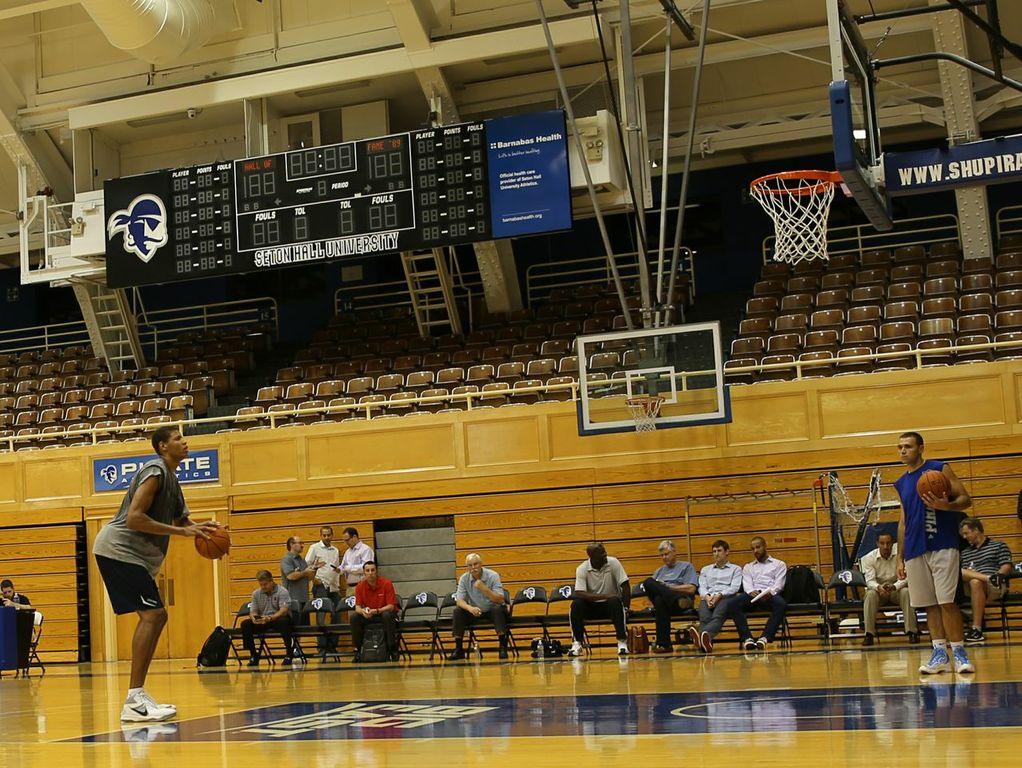 A few days ago, I only knew a few things about Walter Tavares. I knew that he was tall—like, extraordinarily tall, like even for a center. And I thought I read about some teams giving him a pre-Draft look. And I knew that… Seriously, he’s really very tall.

So as I headed to his workout on Seton Hall’s campus in New Jersey yesterday morning, I expected to see a very tall man with a typical set of tall-guy talents: naturally amazing dunking and rebounding ability, naturally rough hands and slow feet.

After watching the 7-3 Tavares’ workout, I actually learned some things: I was wrong, he’s got skills, and combined with his height, he’s a truly intriguing prospect.

He opened the workout by flexing his mid-range game, consistently sinking jumpers from the elbow. He went on to perform some other drills, which showed off an impressive stroke at the stripe for a 22-year-old who started playing basketball at age 17, a decent jump-hook, a baseline fadeaway that could use some work and a bevy of thunderous jams directed by the biggest hands I’ve ever seen.

His touch from outside stuck with me, and, I’m sure, the 20-or-so scouts and team reps in attendance. That was Tavares’ idea all along.

“I really wanted to show that I could do things on offense—whatever the team requires,” Tavares told SLAM through a translator after the workout.

The big man recently inked a new three-year pact with Gran Canaria, an elite Spanish team. There was some thought that it might negatively impact his draft stock, which was projected for the late-first/early second round before the deal was announced.

His agent Andy Miller, though, addressed some confusion surrounding the contract, and implied that it might actually help his Draft status.

“We have a very simple buyout that we put in place so at no point is there ever going to be an issue with regard to bringing him over,” Miller told SLAM. “It should actually encourage teams [to draft him].”

“It depends on the team which drafts me. I’m open,” Tavares added, regarding his status for next season. “If I come over [immediately], I’ll use the time to get stronger and improve on every area of my game. If I go back, I’ll be able to gain experience by playing more and competing at a high level.”