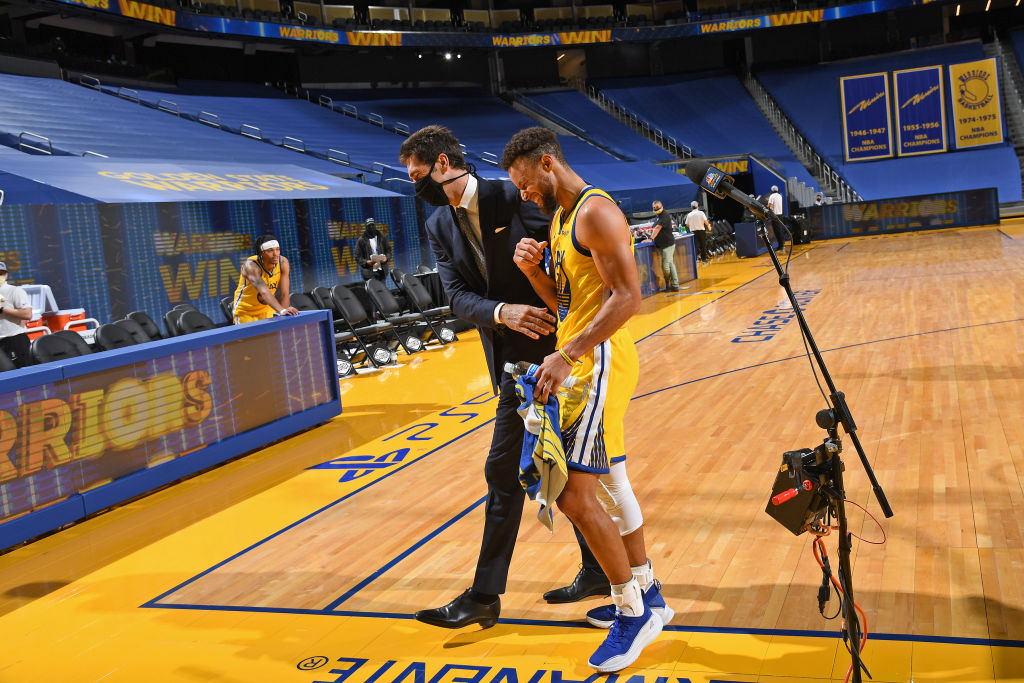 While Stephen Curry is still getting over the shock of the season’s stunning end with two close losses to the Los Angeles Lakers and Memphis Grizzlies in the play-in tournament last week, Golden State Warriors’ general manager, Bob Myers is already laying out plans to resign the two-time MVP this offseason.

Myers discussed Curry’s contract situation and other moves needed to build the roster back to championship status in his season ending press conference after the season ending loss to Memphis, via The Associated Press’ Janie McCauley.

“I don’t see any reason not to be optimistic,” Myers said Monday, three days after his team’s season ended in a play-in game against the Grizzlies. “He seems like he’s motivated, we’re motivated. I would say pretty confident we’ll get something done.”

The 33-year-old Curry became the oldest scoring champion since Michael Jordan did it in his last season with the Chicago Bulls back in 1998. Curry’s 32.0 point average topped the NBA for the second time in his career.

Steph’s accomplishment put him in the elite company of Jordan, Wilt Chamberlain and Kareem Abdul-Jabbar as the only players in NBA history with multiple scoring titles, MVPs and championships.

Excited about the future.

According to Curry, discussions had gotten underway back in December of 2020 and he’s “fully committed” to getting a deal done.

Curry’s the first NBA player to sign a supermax extension in 2017 at five years and $201 million and, if he signs this deal in the offseason, he’ll become the first player in NBA history to sign two separate deals worth over $200 million.

The Warriors can offer him a four-year, $215.4 million extension that would keep him under contract through the 2025-26 season, according to ESPN’s Bobby Marks.