The Warriors have achieved early success by focusing on the details. 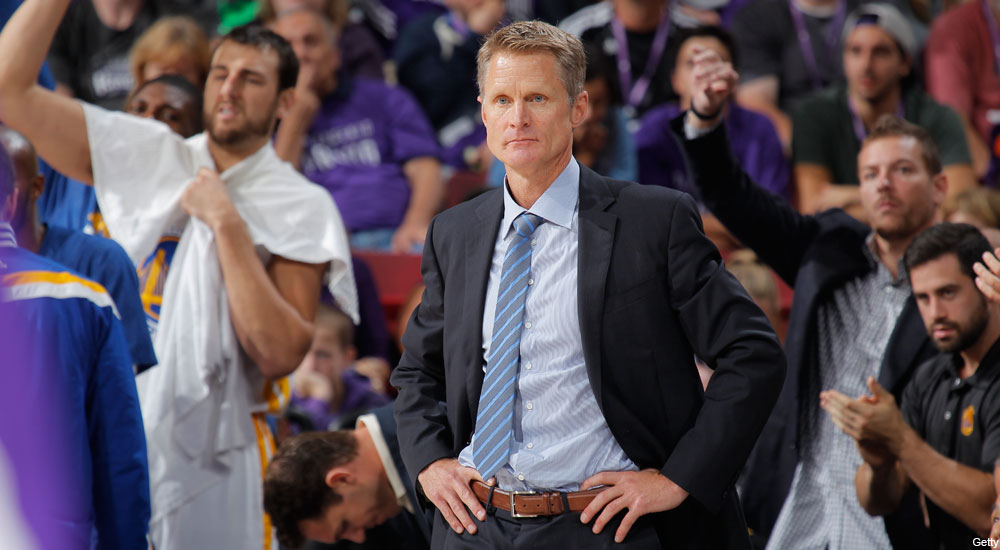 It was not the kind of thing you expect to hear from an NBA head coach, especially one who, until this season, had never coached at any level. Asked prior to Wednesday’s grudge match against the Clippers if he’d briefed to his players on how to respond if a scuffle breaks out, Steve Kerr’s response startled reporters used to sleepwalking through pre-game pressers.

“You know what, that’s a great idea,” he said enthusiastically. “I haven’t done that but I probably should.”

Kerr’s laid-back, California-style candor is one of many changes around the Warriors this year. From the top down, he’s overhauled the operation he inherited from Mark Jackson, gutting the offense, running tightly controlled practices, asking the players to engage in more thorough game preparation, and relaxing the culture of the locker room. The results, in only a few games, have been nothing short of stunning, including Wednesday’s dismantling of the Clippers to go 4-0 on the season.

Under Jackson the Warriors often relied on star Stephen Curry to dribble the ball upcourt and create offense, but the Kerr-led edition takes full advantage of the team’s abundance of triple-threat players who can pass, dribble and shoot. The Warriors whip the ball up the floor into their early offense, and if the defense is able to get back they run half-court sets that rely on floor spacing and movement without the ball to create open looks.

Burly center Andrew Bogut, who under Jackson’s regime was asked only to rebound and defend, now sometimes initiates the offense from the top of the key, opening the paint for drives and back cuts. “It’s nice not to be standing at the hash and just getting everyone’s sods,” says the Australian.

One of the biggest beneficiaries of the new offense has been shooting guard Klay Thompson, who is averaging 27 ppg, nine points above his average a year ago.

“I don’t want to take away from what we did last year, but I feel like there are so many weapons on this team that you don’t need to rely too heavily on Steph,” Thompson says. “Steph can do it, but those shoes are too big to fill if one person has to handle the ball on every possession. This year everyone is getting more touches, which gets us into a better offensive rhythm. Just touching the ball helps you feel better.”

For Kerr, the changes start on the practice court. He carves out time to drill his players on basic skills before getting into typical NBA preparation, and closes with work on out-of-bounds plays and special situations. The attention to detail paid off last week when the team clawed out a 95-90 win against the division-rival Blazers. The offense sputtered for most of the game, but the Warriors scored on several cleverly designed out-of-bounds plays and ended matters by creating turnovers off three Blazers inbound passes in the final 25 seconds.

“Our practices are very well structured,” Bogut says. “We get a lot done. We’re not killing ourselves but we’re very well prepared. At the end of every practice we do late-game situations. We’ve done that starting in training camp and we continue to do it…it might only win you one or two games, but that can make a difference in your seeding at the end of the year.”

Kerr’s attention to detail stretches to pre-game instruction. Associate head coach Alvin Gentry fills up every square inch of the team’s locker room white board with the night’s game plan, unlike Jackson, who liked to keep things simple.

Even with all the changes, the atmosphere in the locker room and around the team seems more relaxed. While Jackson forbade his assistant coaches from talking to the media, Kerr lets his assistant speak freely, and openly acknowledges their contributions to game planning and even to specific plays. Last year’s locker room had motivational slogans on the wall, but Kerr takes a different approach.

Though he apparently did not talk to his team about avoiding suspensions in the event a fight broke out, a quote—attributed to assistant coach Ron Adams—appeared on a piece of paper taped below Gentry’s white board prior to the Clippers game: “It’s only when you see a mosquito land on your testicles that you realize there is always a way to solve problems without using violence.”

It’s not the type of locker room humor the Warriors are used to, but like everything else Kerr and his staff have done so far, the message was received.

—In discussing the importance of out-of-bounds plays, Bogut mentioned one in particular his Bucks used to practice once a week, designed for situations in which the team was down by 1 or 2 points and taking the ball out of bounds from the sideline with less than 1 second left. Sure enough, they had an occasion to use it once.