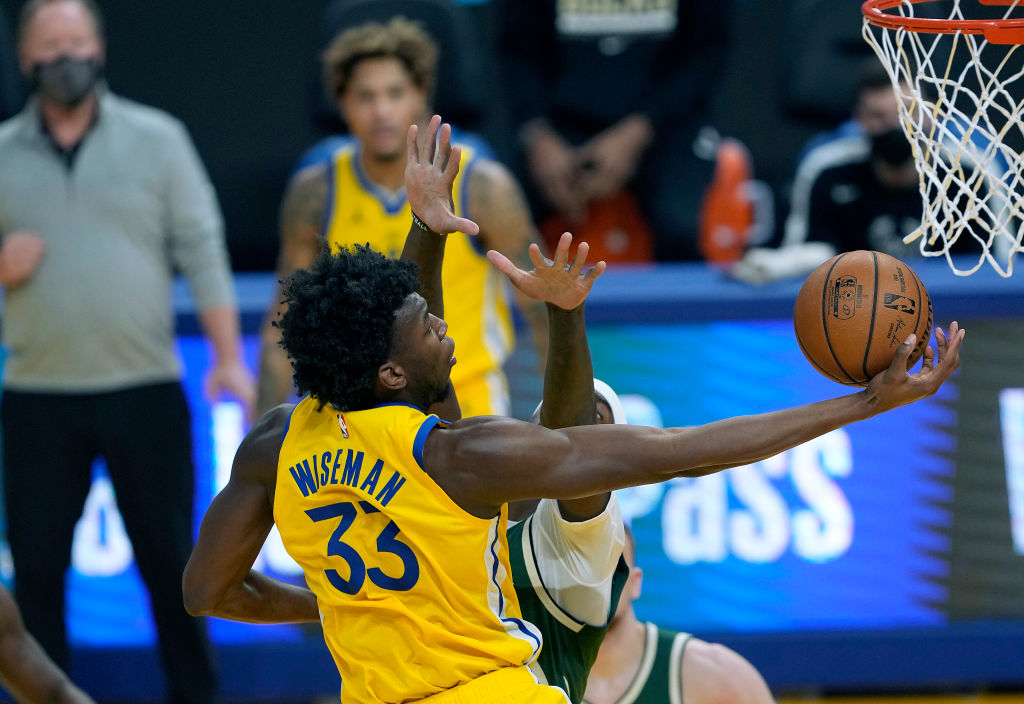 Injury continues to impact the Golden State Warriors. In a win over the Houston Rockets on Saturday night, rookie center James Wiseman went down with a right knee injury.

According to ESPN’s Adrian Wojnarowski, further evaluation revealed a meniscus injury in his right knee. The Warriors are consulting with doctors over the coming days, but there’s a real chance that Wiseman could miss the rest of the regular season.

While this could be something that ends his rookie year, injuries have been the story of Wiseman’s first NBA season. To this point, he’s only appeared in 39 games, bouncing back and fourth between the starting lineup and coming off the bench.

With that in mind, the No. 2 overall pick in the 2020 NBA Draft has been solid when he is on the court. Wiseman is currently averaging 11.5 points and 5.8 rebounds per game, shooting .519 from the floor. Whether he’s out for the season or not, the Warriors are struggling with a 25-28 record and only 19 games remaining.