Warriors Owner ‘Not Too Worried’ About Kevin Durant’s Future 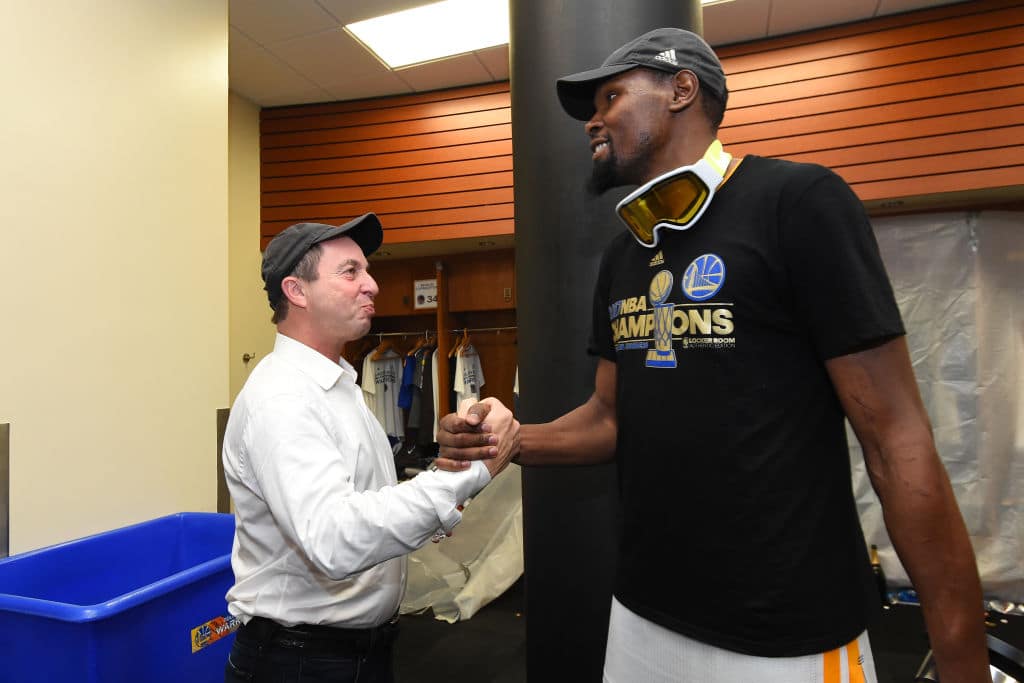 Joe Lacob says he is not too concerned about Kevin Durant‘s looming free agency.

KD has earned the right to do “whatever he wants” according to the Warriors’ owner.

I spoke with Warriors majority owner Joe Lacob & GM Bob Myers about the season. The main topic how they handle Kevin Durant's pending free agency. Lacob: "For some reason, everyone thinks this year is different than last. I don't see that." https://t.co/yL4ZyidX8V pic.twitter.com/FXdWkM8Shr

Golden State’s front-office has become accustomed to dealing with Durant’s contractual status on an annual basis.

“It’s not even on my mind,” Lacob said. “There’s no more uncertainty this year than there was last. He’s been on a one-year deal each year. So I don’t really understand what all the hullabaloo is about.”

The source of the hullabaloo stems from Durant’s obvious star power and uncertainty on what variables he will measure with his next contract. Will he value the Warriors’ championship equity, team-oriented culture and monetary advantage? Or does Durant want to prove he can win elsewhere without the Warriors’ three other All-Stars in Stephen Curry, Klay Thompson and Draymond Green?

“He loves being a part of our organization and being a part of the Bay Area,” Lacob said of Durant. “He’s earned the right to be a free agent or do whatever he wants in terms of contract status. I would let it play out and see what happens. I’m not too worried about it.”