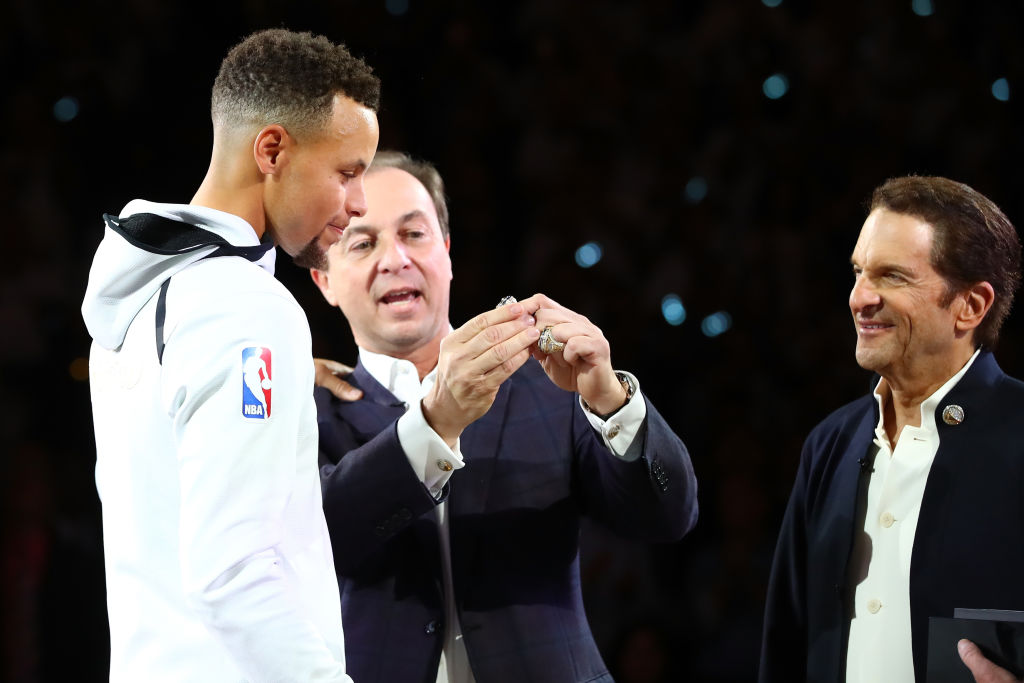 Stephen Curry has been the best player in the NBA over the last half-decade, according to Warriors owner Joe Lacob.

“The best player in the NBA, OK,” Lacob emphasized prior to Golden’s season-opening 141-122 blowout loss Thursday night to the LA Clippers.

Lacob concedes, however, that the Dubs are now a team “a little in transition.”

Over the last five seasons, Curry has won three championships, been All-NBA and an All-Star every year and twice named MVP.

“D’Angelo Russell was an All-Star. Draymond Green is a tremendous — he was an All-Star also. So, we got three great players,” Lacob said. “Klay Thompson’s coming back, there’s some good rookies, we added a few people. … I think we’re gonna be pretty good. We’re gonna have to see how it goes.”

Related Stephen Curry Responds to Michael Jordan: ‘I Think I’m Good’ for the Hall of Fame