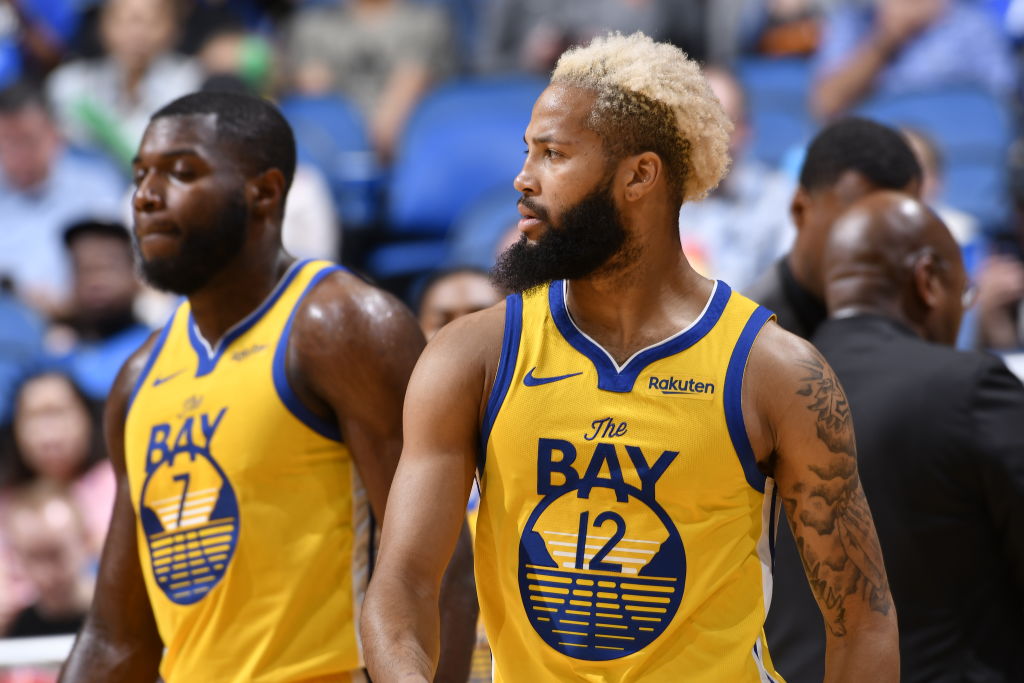 When the NBA instituted the new two-way contract it opened up additional flexibility for squads in the league. The biggest benefits of the new contract mechanism are three-fold.

On one hand, being able to sign two players to two-way contracts allows teams to dibs players that they like above and beyond the 15 players typically allowed on standard contracts.

Of course there’s more to two-way contracts than just reserving fringe roster players, the ability to pass players up to the big league squad for a set period of time throughout the season while developing them in the G League for the rest of that time gives teams vital injury depth.

We’ve already seen several teams bit hard by the injury bug less than two months into the regular season and those teams can call upon players who they might otherwise stash in the G League if they need additional hands on deck.

Another important but less discussed benefit of two-ways deals is the financial flexibility that they allow as well.

After an offseason where we saw several franchises hard-cap themselves because of sign-and-trade deals or the use of certain exceptions, utilizing two-way players rather than players on standard contracts can be beneficial.

Teams that are hard-capped are not permitted to exceed a specific tax apron. This year’s tax apron is set at $138.9 million, a number derived by an algorithm determined when the latest CBA was deployed, which started at $6 million north of the luxury threshold and has increased relative to fluctuations in the salary cap ever since.

Players inked to two-way deals are paid a prorated sum of the league minimum for the number of days they rack up with the big league club but that total doesn’t count against a team’s salary cap hit.

That last part allows teams dangerously close to the hard-cap to add bodies despite financial limitations and we’ve seen several teams take advantage of this so far this season.

Yesterday, Keith Smith of Yahoo Sports broke down the two-way players who have racked up the most service time in the NBA so far this season and not surprisingly the three teams that have leaned most heavily on these players are all staring at a hard cap.

Leading the way with 20 days’ worth of service time through December 4 is Golden State Warriors guard Ky Bowman. The 21-year-old has played 23.6 minutes per game for the Dubs so far this season and seen action in 23 games. Bowman has averaged 8.9 points per game for the team during this span

The decision by Golden State to utilize a two-way player like this is a no-brainer, not only are the Warriors pinned up against the NBA hard cap (they have $136.9 million in guaranteed money on their books this season), they’ve also been obliterated by injuries through the first few months of the season with no shortage of absences to key rotation pieces.

The player with the second most days of service time this season is Chris Clemons. Clemons has racked up 18 days with the Houston Rockets and has 14 games played and over 9 minutes per to show for it.

The Rockets have $137.1 million in guaranteed deals on their payroll this season so being able to call upon Clemons on occasion allows the team to fill out its rotation without creeping closer to the hard cap.

Chris Silva sits just behind Clemons with 17 days of service time and has suited up for the Miami Heat in 19 games so far this season. The Heat don’t have quite as much immediate financial pressure as the other two given that Kendrick Nunn and Duncan Robinson technically remain on non-guaranteed deals but assuming Miami ends up retaining the two breakout rotation pieces, their payroll creeps up to $136.1 million.

Smith adds that the Oklahoma City Thunder have already used up 13 days of service time with Devon Hall and that the Cleveland Cavaliers have reached 11 days of time with Tyler Cook.

Neither the Cavs or OKC teams face a hard-cap but they’re non-contenders who’d likely prefer to limbo under the luxury tax threshold if at all possible. Keeping their payroll in check by utilizing two-way players is one way to do that.

Teams aren’t able to milk their two-way players for service time all season long, however.

If the Warriors want to use Bowman for every game this season, they’ll eventually exceed the 45 days of service time permitted under league guidelines and be forced to convert his deal to a standard contract (or let him ride out the season in Santa Cruz).

At that point the team may be able squeeze the prorated minimum contract cap hit under the tax apron but it would limit their other transaction options significantly.

The three-year-old two-way contract mechanism may not be be the flashiest way for teams to make transactions but if managed and optimized creatively, it’s a valuable tool for contenders and rebuilding teams alike.