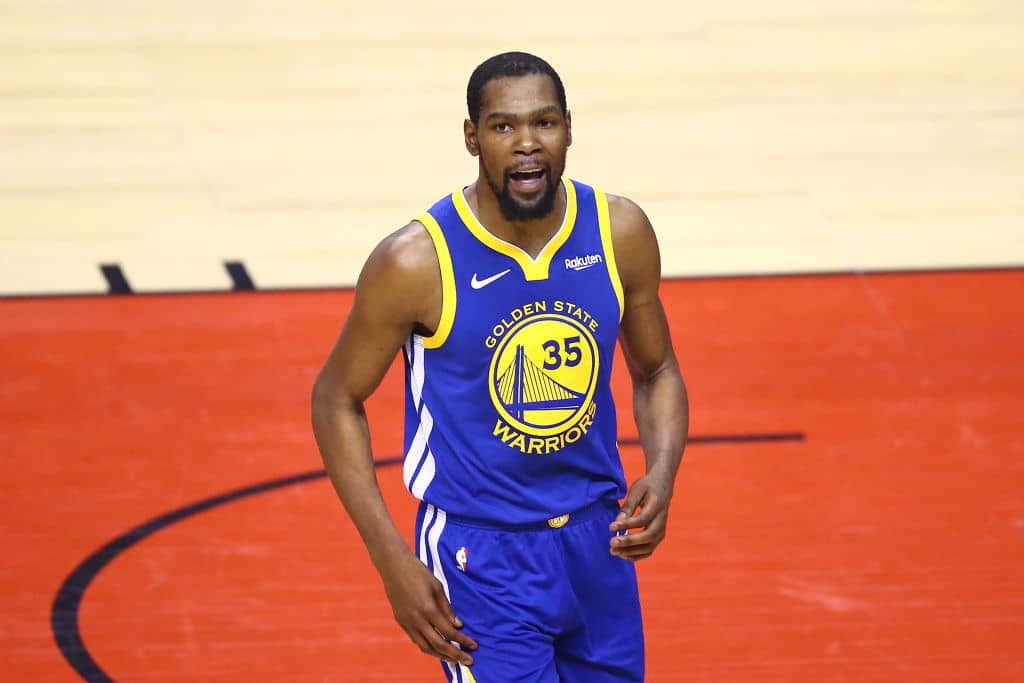 In a classy gesture after Kevin Durant left Golden State for Brooklyn as a free agent, team owner Joe Lacob says “no player will ever wear #35 for the Warriors again.”

Lacob thanked Durant for his three seasons with the Dubs, calling him a “transformative NBA player and one of the best to ever play the game,”

KD and Kyrie Irving reportedly had designs on teaming up even before the 2018-19 season kicked off, and rumblings of Durant feeling a lack of respect in The Bay continue to reverberate.

“They’re going to miss him when he’s gone,” [former Oklahoma City Thunder teammate Kendrick] Perkins told The Undefeated. “I talked to KD and he is happy.”

Durant turned down a potential five-year, $221 million deal with the Warriors to ink a four-year, $164 million pact with the Nets.

But Durant is joining forces with two of his buddies, All-Star Kyrie Irving and center DeAndre Jordan, in hopes of changing history in Brooklyn, New York.

When asked about all of the negative things that transpired with Durant and the Warriors over the past year, a source close to Durant said: “All that showed a lack of respect for one of the greatest players to put that uniform on and the fact that he took all that abuse and still put his career on the line to help them win.”