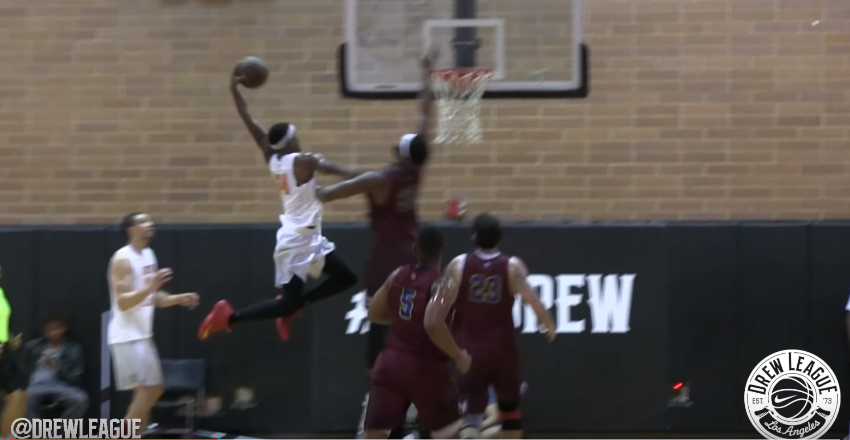 Detroit Pistons center Andre Drummond was dunked on a pair of times Sunday during a Drew League game.

The All-Star big man took it all in stride.

Despite being on wrong end of the hilites, @AndreDrummondd had a dominant performance (27 points, 18 rebounds) in a losing effort.#thedrew

@DrewLeague thanks for the love! Hope everyone is ready for the dunk they are going to post . I got caught twice 😫😂 #Shrugs #goodsport

Drummond had a dominant performance—finishing with 27 points and 18 rebounds, but his squad lost 84-70.