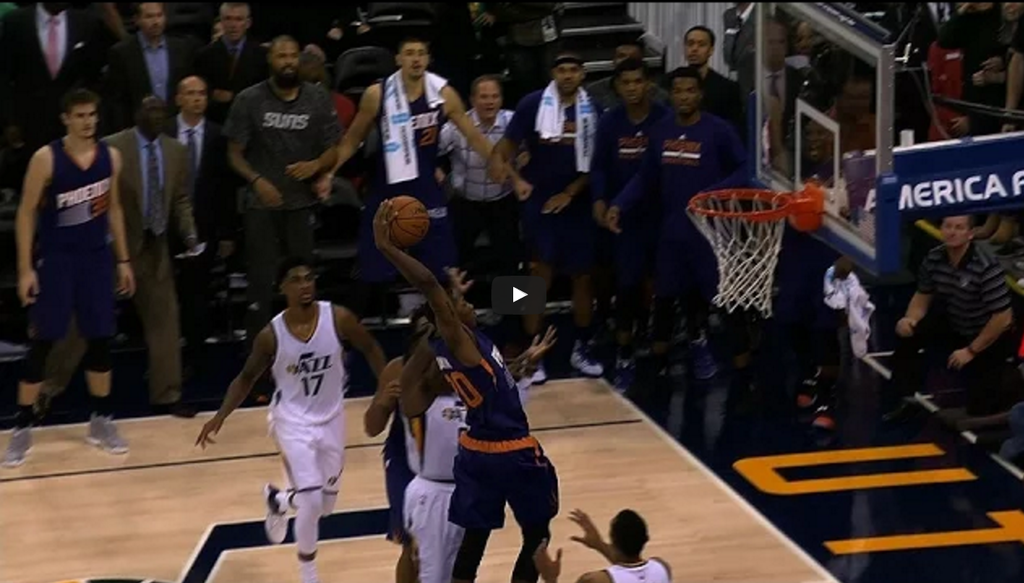 The Phoenix Suns roared back from a 30-point deficit Wednesday night, and Archie Goodwin iced their win against the Utah Jazz with a big driving jam.

Goodwin took off from the dotted line to give Phoenix a dramatic 111-110 preseason victory.

The #Suns trailed by 30 points in a preseason game’s 16th minute Wednesday night. They won the game: https://t.co/lxnElhYoLY

The Suns were down 8 with about a minute to go.

The Suns did not dress Tyson Chandler, Brandon Knight, P.J. Tucker or John Jenkins for precautionary health reasons and Tucker’s back rehabilitation but did ride Eric Bledsoe’s and Devin Booker’s scoring on a 26-10 run that made winning feasible after a horrible start.

Goodwin spun away from second-round draft pick Marcus Paige and took off from the bottom of the dotted free throw circle for a driving slam over Mack’s hopeless help for a 111-110 lead with 3.3 seconds to go.

“I was looking to be aggressive,” said Goodwin, who also hit a game-winning shot last season against Atlanta. “If they would’ve gave me the 3, I would’ve took it, But they were so far up, it was easy for me to go to the lane and get a layup fast. […] I can get to the rim anytime. It’s not about the time or who’s in front of me. That doesn’t bother me. It’s just about getting the opportunity. When I get the opportunity, I tried to take advantage of it.”