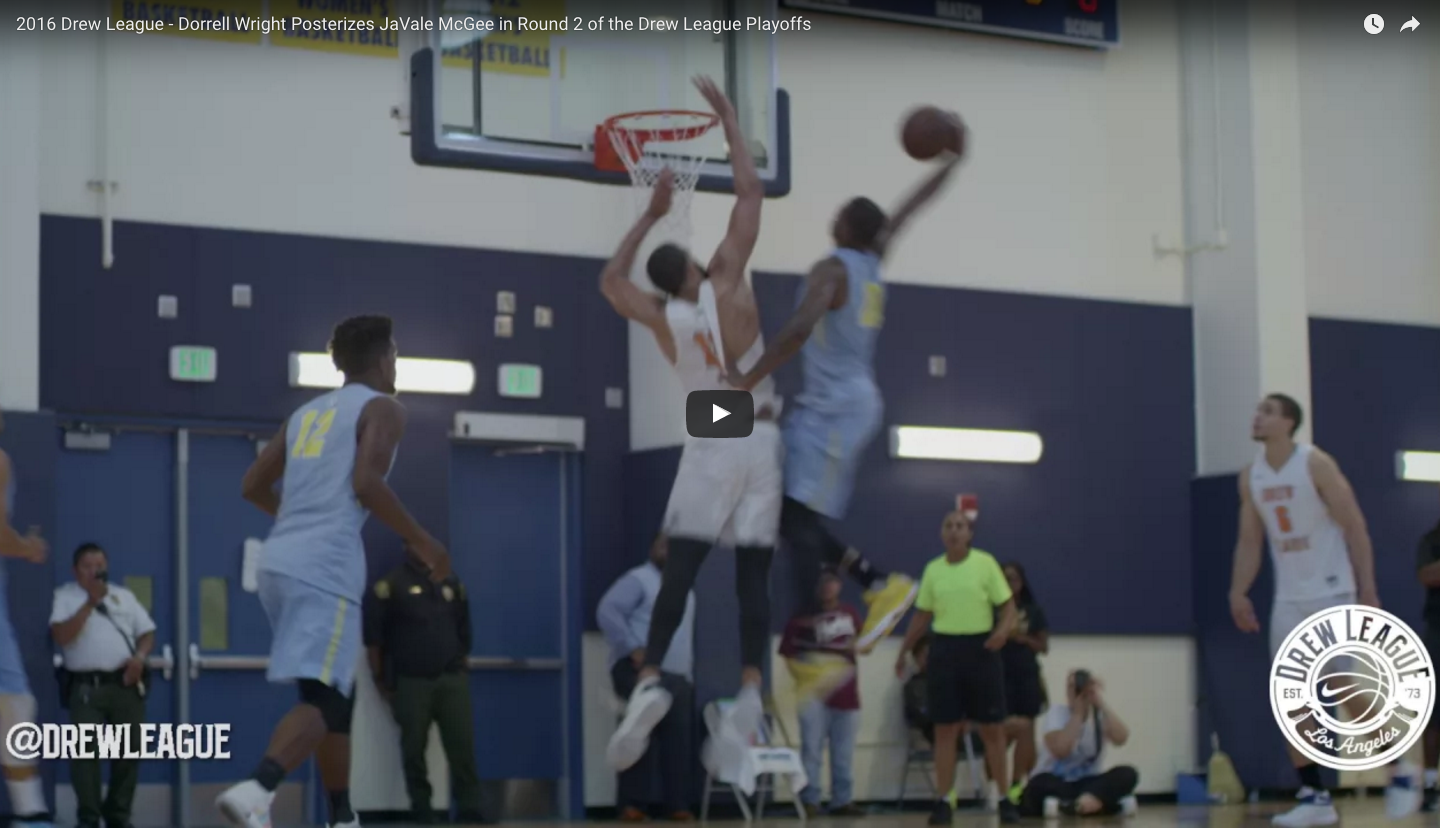 Dorell Wright threw down a big-time jam on top of JaVale McGree at the Drew League this past weekend.

The big fella had a good sense of humor about everything, and even earned player of the game honors.

James Harden and a bunch of other current and former NBA cats also showed up for the Drew League playoffs.