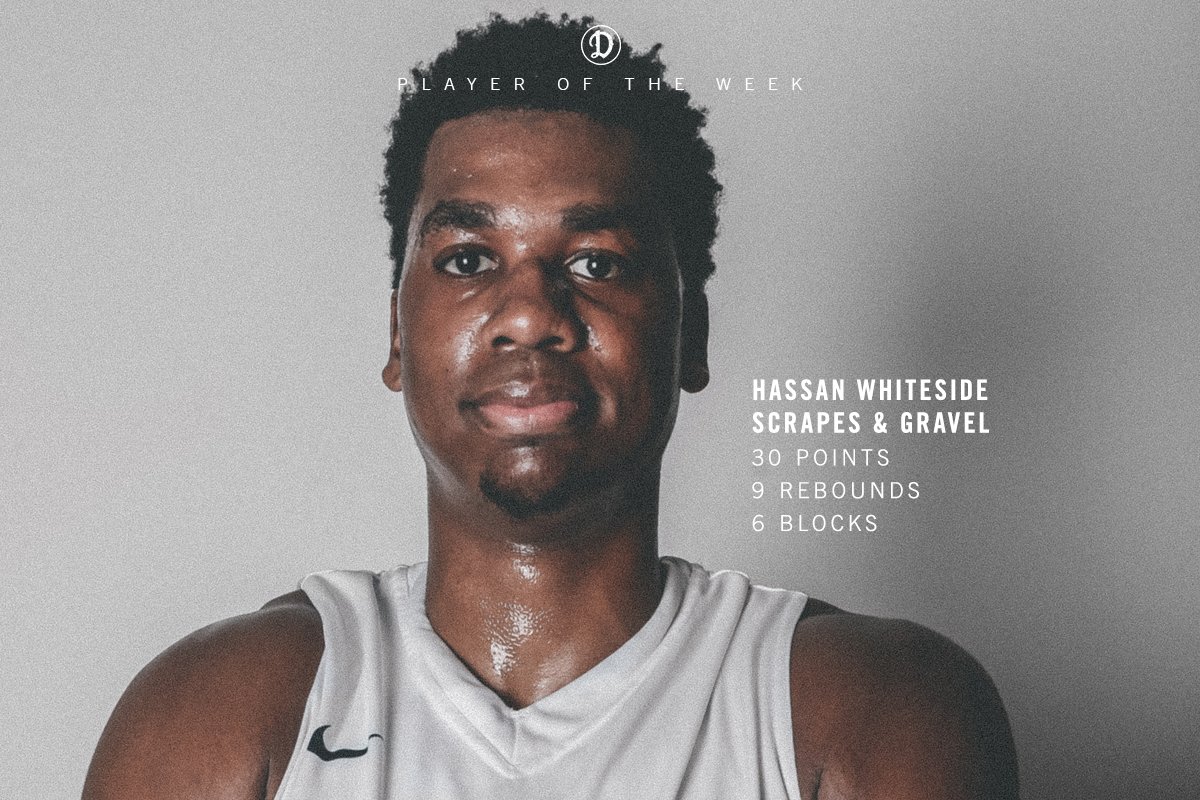 Miami Heat center Hassan Whiteside made his Drew League debut Saturday, and walked away with player of the week honors.

Week 8 Player of the Week is Scrapes and Gravel’s Hassan Whiteside (@youngwhiteside).https://t.co/KCs9hbyjnq pic.twitter.com/O9sEeTCHsG

The $98 million big man finished with 30 points, 9 rebounds and six blocks as he led Scrapes over Hank’s Clozers in a 93-78 victory.